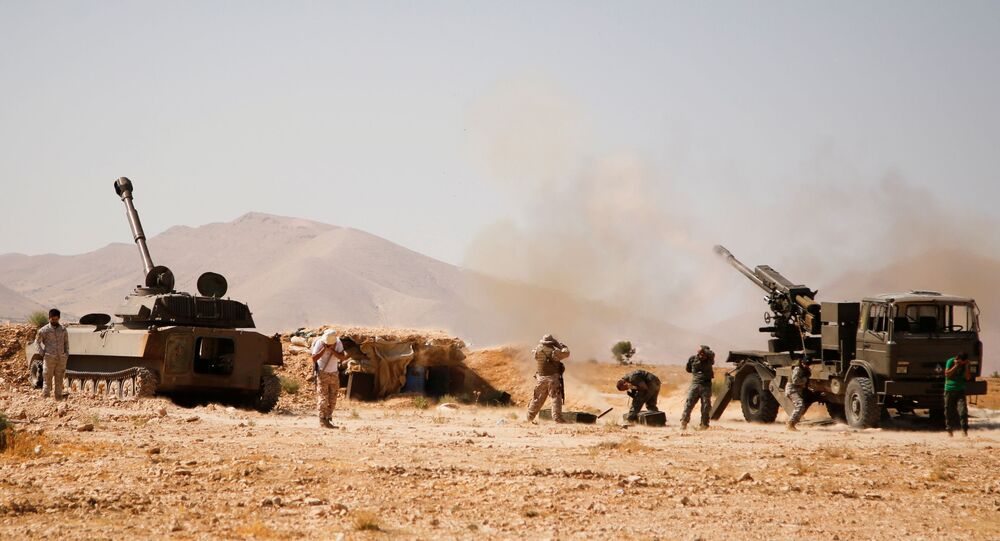 MOSCOW (Sputnik) - Russian officials are calling on all parties to cease shelling near the Syrian town of Ayn Issa, Rear Adm. Vyacheslav Sytnik, the deputy head of the Russian Defence Ministry's centre for Syrian reconciliation, said on Sunday.

Earlier this week, the state-run Syrian Arab News Agency reported that Turkish forces had launched artillery attacks near the town of Ayn Issa.

"We have noted the unstable situation in the Ayn Issa region. Earlier, during talks with the Turkish side, agreements were reached concerning the establishment of joint Russian-Syrian posts", Sytnik said at a press briefing.

Additional units of the Russian military police have also been deployed to the region, the military official said.

"Today, additional units of the Russian military police arrived in the Ayn Issa region to step up efforts to stabilise the situation. We call on all parties that are leading the mutual shelling to cease the escalation", Sytnik remarked.

Earlier in the day, the Russian Foreign Ministry said the Russian side of the Russian-Turkish commission monitoring the implementation of the Syrian truce had registered 21 ceasefire violations in the country within the past 24 hours.