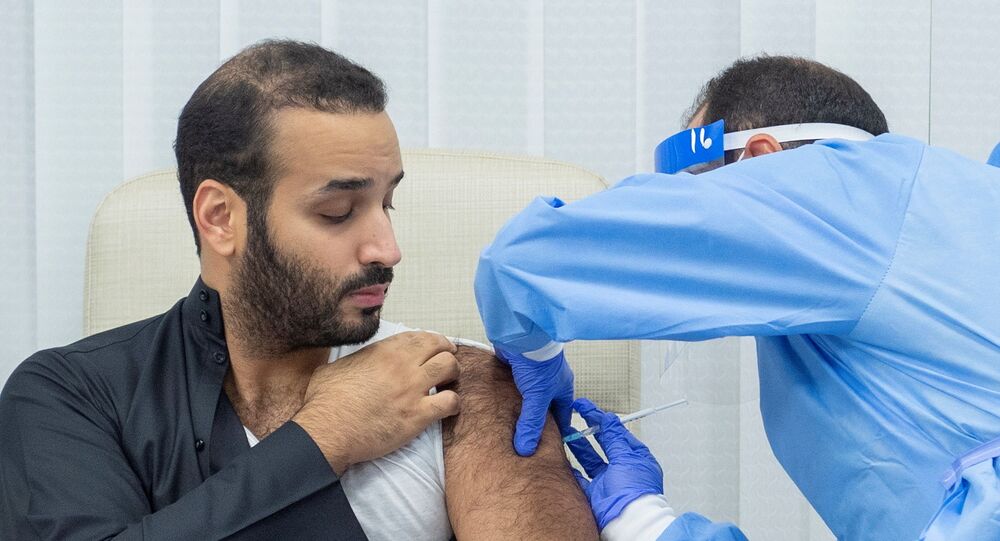 Mohammed bin Salman became the first Saudi citizen to be inoculated against coronavirus in a televised broadcast on Friday, after the Kingdom's health ministry confirmed the Pfizer-BioNTech vaccine was safe and efficient.

According to Health Minister Dr Tawfiq Al-Rabiah, within just an hour after the photos and videos of his inoculation emerged on social media, the numbers of those wanting to get a vaccine rose significantly. As of Thursday, some 500,000 Saudis had registered to receive a vaccine.

The video captured bin Salman smiling as the doctors gave him a dose of the vaccine.

Registration to get a vaccine shot opened in the Kingdom on 15 December. In total, Saudi Arabia has recorded over 360,000 cases of coronavirus, including 6,176 fatalities, the Johns Hopkins University count shows.

Meanwhile, the first vaccine deliveries have triggered concerns among Muslims around the world, questioning whether they are actually "halal" or not. It appears that pork-derived gelatin is being used as a stabiliser in many vaccines to ensure they remain safe during transportation. However, Pfizer, Moderna, and AstraZeneca have already given assurances that their vaccines contain no pork products.