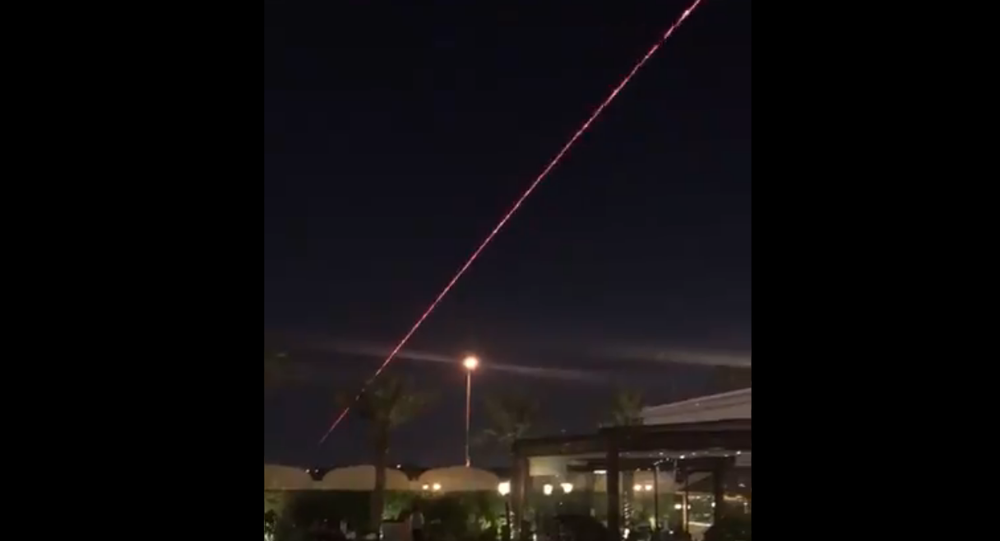 The Trump administration has long claimed attacks against US forces in Iraq and across the Middle East are orchestrated by Iran, but it has consistently failed to present damning evidence of the claim.

US President Donald Trump claimed in a Wednesday tweet that Iran was responsible for the December 20 attack on the US Embassy in Baghdad and threatened to “hold Iran responsible” if any Americans are killed in subsequent attacks.

“Some friendly health advice to Iran: If one American is killed, I will hold Iran responsible,” Trump added. “Think it over.”

Along with the threatening message, Trump tweeted a photo of three small rockets he claimed had failed to launch and pointed the finger at Iran.

The rocket comes from a Type 63 multiple rocket launcher introduced by China in the 1960s. The portable launcher, which looks a bit like a mortar on wheels with 12 launch tubes, has been sold to dozens of countries, including Iran but also Iraq, Lebanon, Syria, Azerbaijan, the Palestine Liberation Organization, Afghanistan Libya, Egypt, Turkey and Sudan, just in the Middle East alone, and has been recorded as being used by Daesh, Iraqi Kurdish forces and the Popular Mobilization Units.

In other words, the rockets could have come from anywhere.

Binh Giang; Wikimedia Commons
A Type 63 multiple rocket launcher (be called H12 in Vietnam) utilized by the Front Tay Nguyen of Vietnam People's Army in the combat of attacking and occupying Buon Me Thuot in the morning of 10th March 1975. It is now shown in the Museum of Ho Chi Minh Operation.

The claim is similar to one leveled against Iran in June 2019, in which a US drone being shot down over Yemen was presented as evidence the Houthis were being armed by Iran. US Central Command claimed the weapon used was an SA-6 surface-to-air missile (SAM), which is the NATO reporting name for the Soviet-built 2K12 Kub tracked mobile SAM system.

Like the Chinese Type 63 rocket launcher, the 2K12 has been around for half a century, been sold to dozens of countries and used in even more conflicts, meaning its appearance doesn’t reveal an ostensible Iranian hand at work.

The claim that Iran funnels weapons to guerrilla fighters and terrorist groups has been used by the Trump administration ramp up its attacks on Iran, designating the Islamic Revolutionary Guard Corps (IRGC) a terrorist organization and assassinating one of its leaders, Maj. Gen. Qasem Soleimani, who commanded the IRGC’s elite Quds Force and led the fight against Daesh in Iraq.

Earlier on Wednesday, senior defense leaders including US Secretary of State Mike Pompeo, US national security adviser Robert O’Brien and acting US Defense Secretary Christopher Miller met at the White House to decide on “a range of options” to present to Trump as a response to the Sunday bombardment of the Green Zone, which did minor damage to a structure and killed an Iraqi civilian.