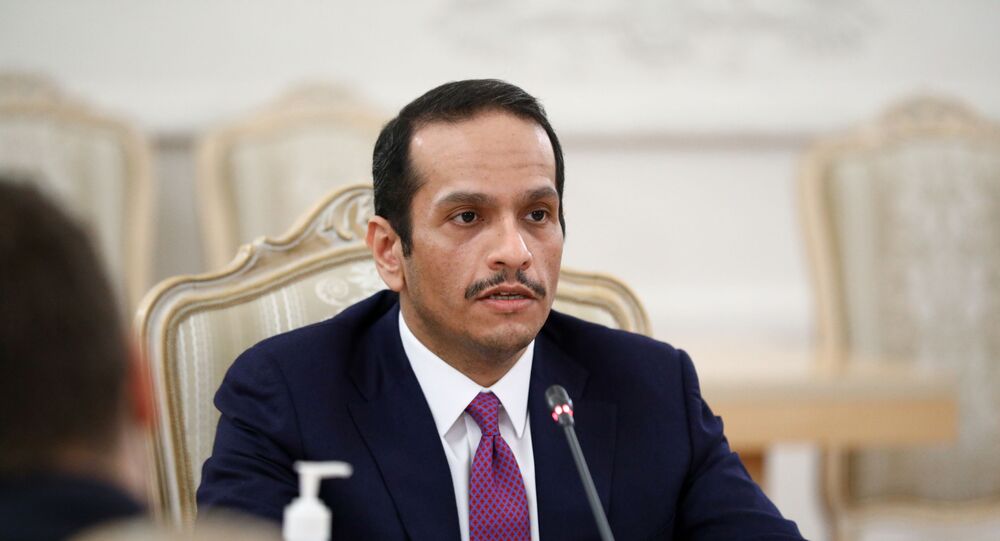 The conflict in the Gulf has been continuing since 2017 when four nations cut ties with Qatar, accusing the state of supporting terrorism.

Qatar’s Foreign Minister Sheikh Mohammed bin Abdulrahman Al-Thani has called for a dialogue between the Gulf states and Iran.

Al-Thani made his statements during a joint press conference with Russian Foreign Minister Sergei Lavrov after their talks in Moscow.

This comes as the annual summit of the Gulf Co-operation Council is scheduled to take place in Riyadh on 5 January, with the participants expected to find a solution to the long-standing Gulf crisis between Qatar and its neighbours.

In 2017, Saudi Arabia, Bahrain, Egypt and the UAE cut ties with Qatar, accusing the state of backing terrorism because of its links with Iran. Later, other Gulf states downgraded their relations with Doha and imposed a total blockade of the country. Qatar denied allegations that it backed terrorism, adding that those claims are aimed at limiting the country's sovereignty.