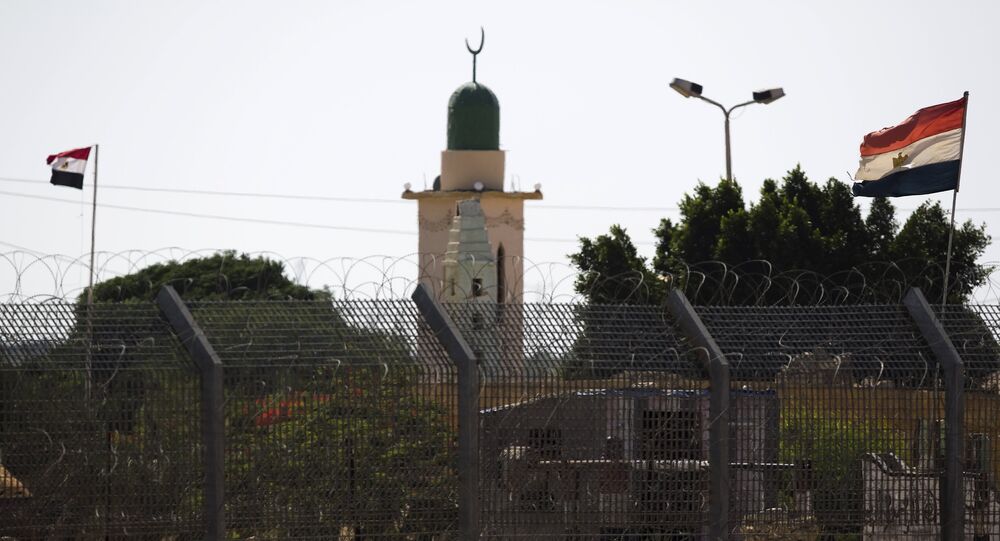 Israel's official stance is to avoid crowds gathering at the crossing which is a focal point for thousands of Israeli tourists and to stop citizens visiting a red-zone country. But the founder of Sinai Lovers, a Facebook page that conducts frequent visitors to the peninsula, says health issues don't concern Israeli officials.

Israel is now considering shutting the country down for three or four weeks, probably from the beginning of January, as the number of COVID-19 cases continues to rise.

On Tuesday, Israel recorded more than 3,000 new coronavirus cases prompting the government to gather on Wednesday and discuss a new series of restrictive measures.

Israel has also closed its borders to foreigner visitors but Israelis who want to travel abroad are allowed to on the condition that they go into quarantine on their return.

Interestingly enough, although Ben Gurion Airport on the outskirts of Tel Aviv is still operational, the border with Egypt remains closed - a fact which Guy Shiloh, an Israeli tour guide to Sinai who runs a Facebook page called Sinai Lovers, says is in violation of the basic rights of the country's citizens.

According to Israeli law, every citizen is allowed to leave the country but now, with coronavirus wreaking havoc, that right has been revoked, as has Shiloh's ability to make a living.

Until the outbreak of the pandemic in mid-March, Shiloh had visited the Sinai peninsula several times and had arranged a number of tours for groups of Israeli visitors to the region.

Although Shiloh claims his has never been a hugely profitable business, it did provide a certain income. However, with the border closed and tours cancelled, he is now forced to rely on assistance from the government.

"I am a lawyer but four years ago I decided to become a tour guide. Sinai is amazing and unique. It has beautiful landscapes and the locals have got accustomed to our visits and welcome us happily".

In 2019, Egypt received slightly less than half a million Israeli tourists, who chose to vacation in the peninsula, an increase of 31 percent from the previous year.

Official numbers are not yet available for this year but Shiloh claims they are drastically lower than previous years.

Shiloh has tried to fight the decline and in August, he and other members of his group petitioned Israel's High Court demanding it put pressure on the Interior Ministry which was responsible for closing the border.

The ministry replied to the petition, saying the Sinai crossing would remain closed given how cases of COVID-19 were growing and the High Court had no choice but to accept this.

Shiloh tried his luck once again in mid-October, shortly after the country's second lockdown ended but he's had no luck and the Taba crossing remains closed.

Israel's official stance is that it wants to prevent mass gatherings at the border where 70,000 Israeli tourists congregated last year during the holiday season. Another worry is that Egypt remains a red country with more than 120,000 cases of coronavirus.

But Shiloh is convinced that "money and power" rather than health concerns are what is behind the closure.

"There is no logic in keeping the airport open while the Taba crossing is closed. Plus, if authorities really wanted to ensure nobody gets infected, they would have installed non-contact temperature-assessment devices at the border or some other steps to solve the problem," the tour guide says.

This is why, Shiloh adds, the border's closure was most probably dictated by political and economic - instead of health - concerns.

Until recently, the United Arab Emirates, which has become a red zone because of the rising number of COVID-19 patients, was considered green because of the intervention of Israel's foreign affairs ministry which wanted to avoid harming bilateral ties with its new regional ally.

"When it comes to Sinai, the decision was economic. I was told that the mayor of Eilat [Israel's southern resort, bordering Egypt] was opposed to opening the border with Sinai because the city's hotels would suffer serious losses."

Relying mainly on domestic and foreign tourism, Eilat lost much of its income during the pandemic and unemployment exceeded 40 percent in October.

In an attempt to tackle the crisis, Israeli authorities turned Eilat and the Dead Sea resorts into so-called green zone islands that require a negative coronavirus test before arrival.

However, despite attempts to save the area's economy, it is still suffering from low tourist numbers and the opening of Sinai with its cheap but luxurious hotels might prove the final nail in the coffin for Israel's southern resorts.

"We are still waiting for answers from the ministry of the interior. According to law, they are obliged to provide us with an official explanation on why they keep that border closed".

The ministry was supposed to give its answers by Wednesday but now as another lockdown is just around the corner, Shiloh is convinced the government body will use this as an excuse to keep that border locked.

"My feeling is that they will drag their feet and will try to prevent the opening of that border. Because they understand that once they open it, the genie will be out of the bottle and they won't be able to put it back without a lot of bother."