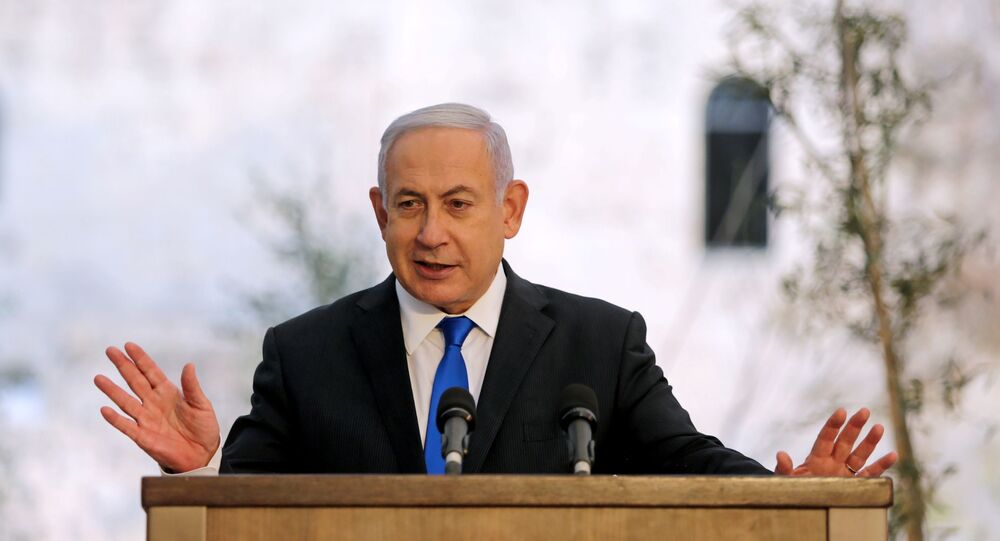 TEL AVIV (Sputnik) - Over 40 percent of Israelis blame Prime Minister Benjamin Netanyahu, the leader of the Likud party, for the necessity to hold snap parliamentary elections, while 18 percent of respondents believe that Defence Minister Benny Gantz, the leader of Blue and White party, is responsible for that, a fresh poll showed.

According to the poll by Kantar company conducted for Kan broadcaster, 43 percent of respondents said that Netanyahu was responsible for the fact that Israel will go to polls for the fourth time in two years.

The respondents were also asked who they see as the most suitable candidate for the post of the prime minister. As many as 39 percent of nationals chose the acting rime minister, while 36 percent would like to see former Interior Minister Gideon Saar, who has recently left Likud and announced the establishment of his own party. A total of 23 percent named former Defence Minister Naftali Bennett, the leader of the Yamina party.

The poll showed that if the elections were held now, Likud would receive 28 mandates (three more than at the previous poll), Gideon Saar's new party would have 20 seats, while Yamina would get 15 mandates.

Earlier, reports emerged that the main coalition partners in the Israeli government - Likud and Blue and White parties - agreed that the next state budget would be adopted on 31December, which would make it possible to avoid an early dissolution of Knesset and holding early elections.

However, overnight into Tuesday, Knesset, by a majority vote (49 to 47), rejected in the first reading the bill extending the budget approval period for 2020 and 2021, which led to the automatic dissolution of Knesset at midnight on Wednesday due to the non-approval of the state budget.

Early on Wednesday, speaker of Israel's 120-seat unicameral parliament Knesset, Yariv Levin, said that the early parliamentary elections in the country would take place on 23 March 2021. The results of the poll were published hours before the dissolution of the parliament. The number of respondents and margin of error were not mentioned.