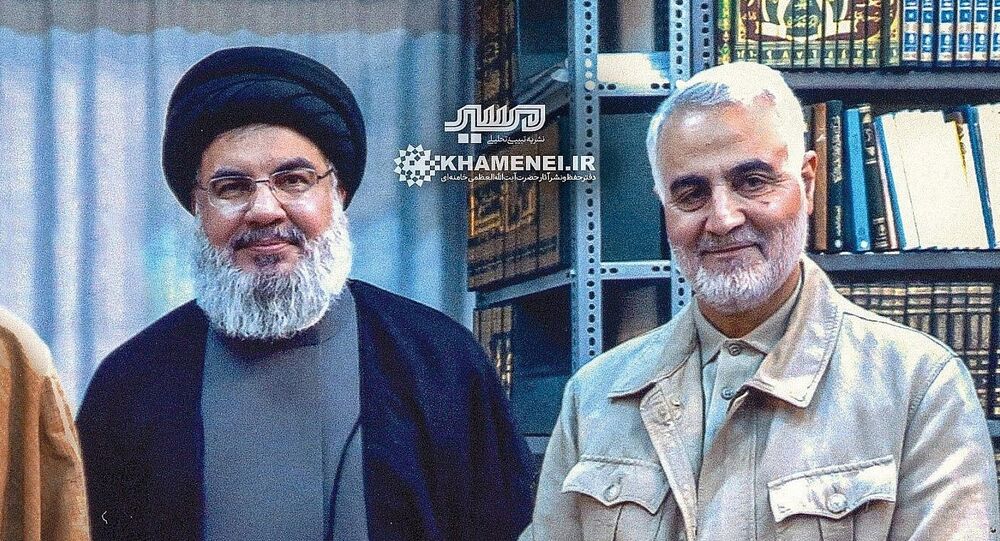 The one-year anniversary of the US assassination of Revolutionary Guard Quds Force Commander Qasem Soleimani is rapidly approaching. Soleimani was killed in Baghdad, Iraq on 3 January 2020 in a drone strike ordered by US President Donald Trump. Iran responded by launching missiles at US bases in Iraq, and has threatened further revenge attacks.

Qasem Soleimani was killed because he had the power to stop America’s “hegemonic schemes,” Naim Qassem, deputy secretary general of Lebanese political movement and militant group Hezbollah has suggested.

“[Donald] Trump would not have made the decision to openly assassinate Qasem Soleimani if it weren’t for his constant unsettling of the hegemonic schemes of the United States in a most painful manner,” Qassem said in an interview with Lebanon’s al-Ahed news portal.

“General Soleimani would not be occupying such a lofty place in the hearts of people, had it not been for his achievements and for the victories of the resistance front that took place under his watch,” Qassem added.

Soleimani was known to maintain close ties with Hezbollah, once revealing in an interview that he and Hezbollah leader Hassan Nasrallah barely escaped an Israeli drone strike during the 2006 Lebanon-Israel War. During the conflict, the commander provided advisory support to the Lebanese militia group in its guerrilla war against the Israel Defence Force, bogging down IDF troops and helping to prevent a decisive Israeli victory. In February 2020, Hezbollah erected a statue in Soleimani’s honour on Lebanon’s border overlooking Israel.

© AP Photo / UNCREDITED
Arch Terrorist or Ally? Three Times Soleimani Saved American Lives
As commander of Iran’s Quds Force, an elite unit of the Revolutionary Guards responsible for extraterritorial operations, Soleimani was known to engage in a multitude of anti-terrorism operations across the Middle East, briefly joining the US in its fight against the Taliban in Afghanistan in 2001, assisting the Syrian government in its fight against a ragtag collection of jihadist militias in the 2010s, and helping to mobilise Shia militias in Iraq against Daesh (ISIS)* takfiri terrorists between 2014 and 2017.

Soleimani was assassinated in a US drone strike in Baghdad, Iraq on 3 January, with the Trump administration accusing him of plotting attacks against US assets in the region. Days later, Iran launched over a dozen ballistic missiles at a pair of US bases in Iraq, severely injuring over 100 American military personnel. Iranian officials have also repeatedly warned of further revenge attacks. In August, a senior Revolutionary Guard commander suggested that the main reason Iran had not retaliated against the US by assassinating a high-ranking American military official was because it had not been able to “find anyone who is equally valuable.” Last month, Hossein Dehghan, Iran’s former defence minister-turned adviser to Supreme Leader Ayatollah Ali Khamenei, called the January missile attack an “initial slap” of revenge.