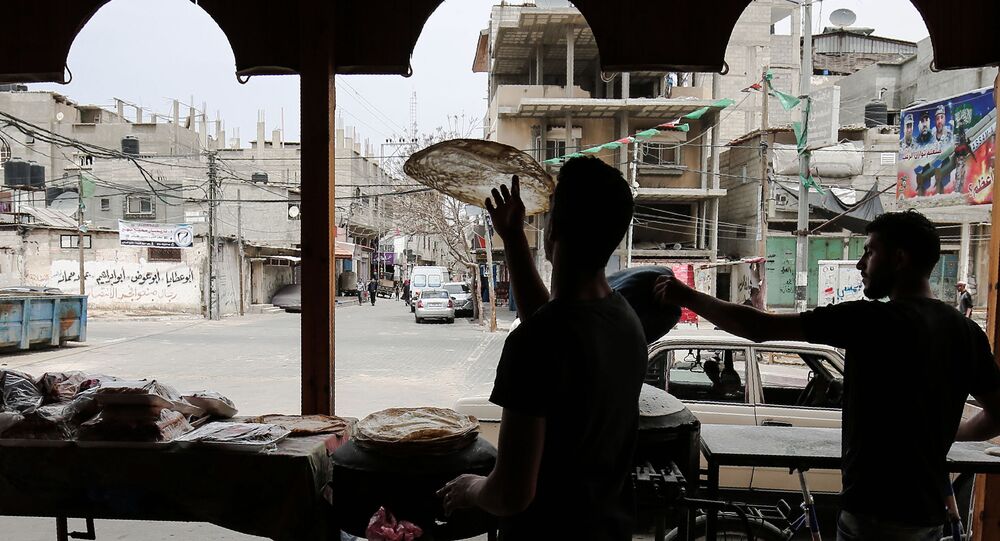 Hamas authorities are considering imposing a full lockdown over the entire Gaza Strip in a bid to curb the spread of COVID-19 that has claimed the lives of more than 160 people. Such a move could be devastating for the Gazan economy, impoverishing hundreds of thousands of people.

Coronavirus cases continue to climb in the Gaza Strip, as the Hamas authorities that control the Palestinian enclave registered nearly a thousand new patients on Thursday, an all-time high, as the new case count has risen over the past several weeks.

According to recent estimates, there are about 9,000 active cases in the Gaza Strip, and authorities are now considering the possibility of imposing a full lockdown of the enclave, as opposed to the curfew that's currently in place during the weekends.

While Hamas is determined to curb the spread of the virus, another lockdown of the Strip, where the financial situation was dire even before the pandemic, might only exacerbate the fiscal crisis, leaving hundreds of thousands unemployed and facing poverty.

In October, unemployment in the Gaza Strip stood at slightly more than 49 percent and earlier it was reported that 38 percent of local youths were unemployed, far above the average in the Middle East.

Family Business As a Solution

Adli Obaid, a 29-year-old Palestinian from Gaza, was among those struggling to find a job, and having only one leg didn't increase his chances.

Adli was injured in 2011, when an Israeli warplane attacked his neighbourhood of Shujayeya in eastern Gaza city, claiming it was targeting a Hamas military position.

Although doctors did manage to save his life, his left leg was amputated. Adli's injury has decreased his chances of finding a suitable source of income.

"I have been trying to get a job for years but all my attempts failed because I was an amputee," recalls Adli.

Finally, he did manage to secure one, getting the position of a seller in a local clothing shop, something that earned Adli slightly over $20 a day. But the eruption of the coronavirus has put an end to this income too, and that prompted the young man to look for other opportunities that would keep him afloat.

"I am a father of three and I bear the responsibility for my family's well-being. This is why I needed to think creatively to make sure we keep our head above water."

And he did. Together with his wife Jumana, Adli started a small family business, providing Gazans with a variety of cakes that they baked and decorated at home.

Initially, the couple earned only $10 from the three cakes they baked per request but as photos of their work started to circulate on Facebook, the number of demands went up and so did the number of customers.

"I always wanted to excel and differ from ordinary bakeries and pastry shops we have in Gaza. So in order to improve my set of skills, I took online classes and learnt new techniques and methods," explains Jumana.

What she also did was to decrease the amount of sugar and replace it in some of the cakes with other substitutes such as stevia, considered to be in demand in Gaza.

© AFP 2020 / Mohammed Abed
As COVID-19 Cases in Gaza Continue to Rise, Local Doctor Says Disaster is Just a Matter of Time
But although their business seems to be growing, the couple is still fearful of what the future might hold.

"The economic situation here is very complicated. The government doesn't help and people don't have the means to buy food, let alone cakes. But although it is tough at times, I remain optimistic," says Jumana, adding that she could see "the light at the end of the tunnel" with the arrival of vaccines in Israel.

On Monday, Israel started mass vaccination, and estimates suggest that the West Bank and Gaza would get their own supply of vaccines soon, although other reports are less optimistic, claiming the much-needed drug might not reach impoverished areas until 2024.

Yet, for Adli and Jumana the mere fact that the vaccine is on its way gives a ray of hope and regardless of whether the Strip will be able to obtain it, they say they will keep working at their family business even after the coronavirus is over.

"We will sure continue baking cakes even when this mess is over and when we have a lot of money, we will open our own baking shop. Hopefully soon," Jumana sums up.