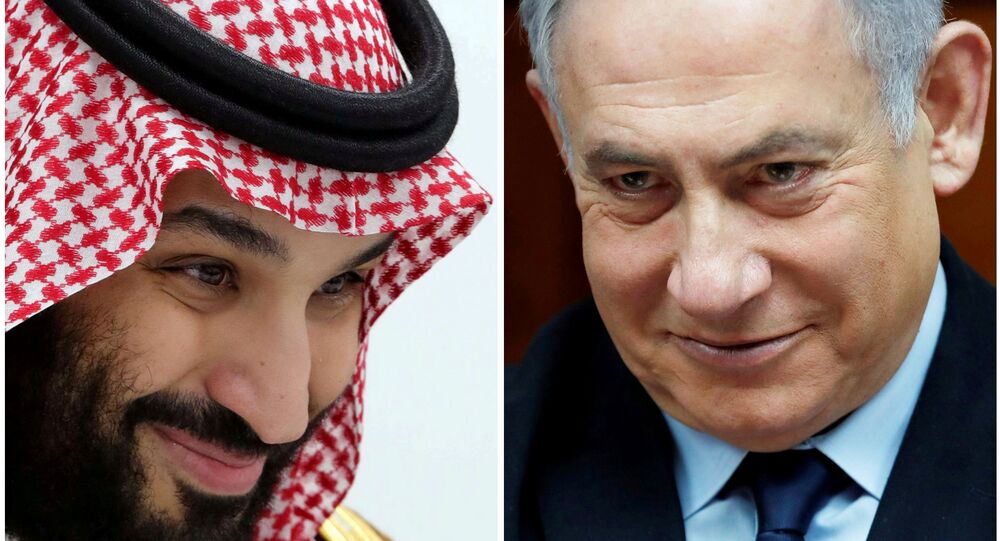 In September, two Arab states, the United Arab Emirates and Bahrain, signed agreements with the State of Israel to recognise and formalise relations with Tel Aviv under the Abraham Accords initiative, launched by the administration of US President Donald Trump earlier this year. Later on, Sudan and Morocco announced a willingness to do likewise.

Saudi Princes are split in opinions over whether to recognise and normalise relations with Israel, with the Kingdom’s Crown Prince Mohammed Bin Salman likely to be open to signing a peace deal with the Jewish state, the Daily Mail reported on Monday.

According to the publication, MBS “favours closer ties” with Tel Aviv after two Persian Gulf states, the UAE and Bahrain, officially signed normalisation deals with Israel. The two Gulf states were followed by two other Arab countries, Sudan and Morocco, which expressed readiness to normalise relations with Israel.

Despite the alleged openness of MBS to the deal, some members of the royal family are said to oppose the move. The Crown Prince is is the country's Deputy Prime Minister and Minister of Defence as well as the head of Saudi Arabia’s Council of Political and Security Affairs.

MBS’s cousin, Prince Turki al-Faisal, who was head of the country’s intelligence for more than two decades, has been vocal in his opposition to recognising Israel. Recently, he blasted Tel Aviv as the “last Western colonising power in the Middle East”.

The former General Intelligence chief accused Israel of depicting itself to the world as being a “small, existentially threatened country, surrounded by bloodthirsty killers who want to eradicate her from existence”. He then added that despite this such a country is “professing” that it wants to “be friends” with Riyadh.

Turki also accused Israel of placing Palestinians “in concentration camps under the flimsiest of security accusations”.

When asked by reporters about the alleged visit, Netanyahu said that he was not willing to speak "on such things".

"Are you serious? Friends, throughout my years I have never commented on such things and I don't intend to start doing so now," Netanyahu told reporters.