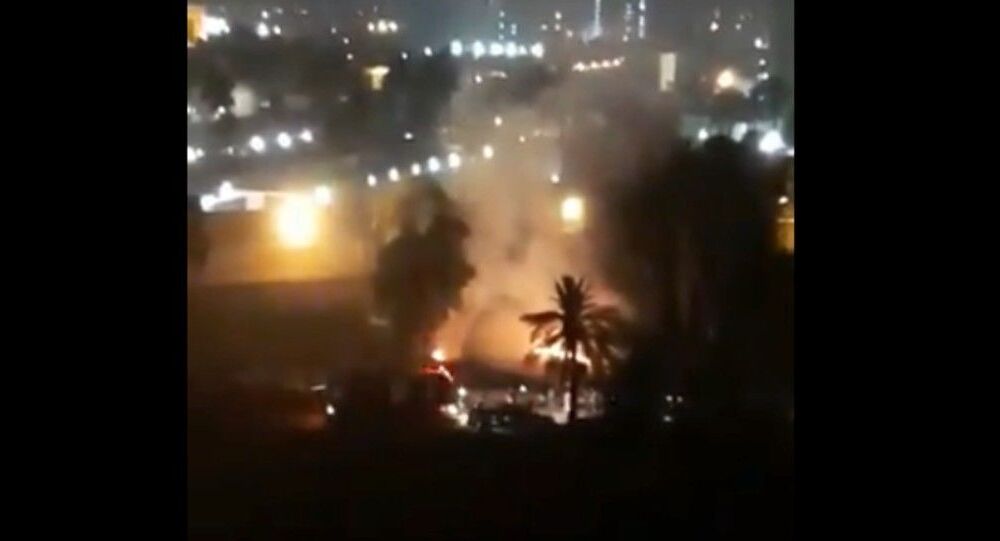 Earlier, in November, the so-called Green Zone in the Iraqi capital Baghdad suffered a rocket attack that left one child killed and five people injured.

The US Embassy in Iraq took to Twitter on Sunday to confirm that "rockets targeting the International Zone resulted in the engagement of Embassy defensive systems", adding that the attack resulted in minor damage but no casualties.

The Embassy went on to say that it received reports of damages to the residential areas in the vicinity and "possibly some injuries to innocent Iraqi civilians".

"As we have said many times, these sorts of attacks on diplomatic facilities are a violation of international law and are a direct assault on the sovereignty of the Iraqi government", the US embassy stated. "We call on all Iraqi political and governmental leaders to take steps to prevent such attacks and hold accountable those responsible."

The U.S. Embassy confirms rockets targeting the International Zone resulted in the engagement of Embassy defensive systems. There was some minor damage on the Embassy compound but no injuries or casualties. 1/

​Earlier in the day, Reuters reported, citing security sources, that a number of rockets have hit Baghdad's Green Zone.

The Iraqi military accused an “outlaw group” of launching the attack, which hit a residential complex inside the Green Zone. A number of buildings and cars were damaged, according to the military’s statement.

The videos allegedly showing some projectiles being intercepted over Baghdad have emerged on Twitter.

​According to the report, three Katyusha rockets have hit Baghdad’s Green Zone, and the attack targeted the US Embassy.

The C-RAM system shot down one of the rockets, Reuters cited a security official whose office is situated inside the Green Zone, as saying.

In November, seven rockets were fired at the Iraqi capital; four fell in the Green Zone, and three outside the area - one near Medical City, another at the door of the Al-Zawra Park, and a third exploded in midair. According to the Iraqi Security Media Cell, the rockets were launched from Al-Dhatt street in the Al-Amin neighborhood. A child was killed and five others were injured during the attack.