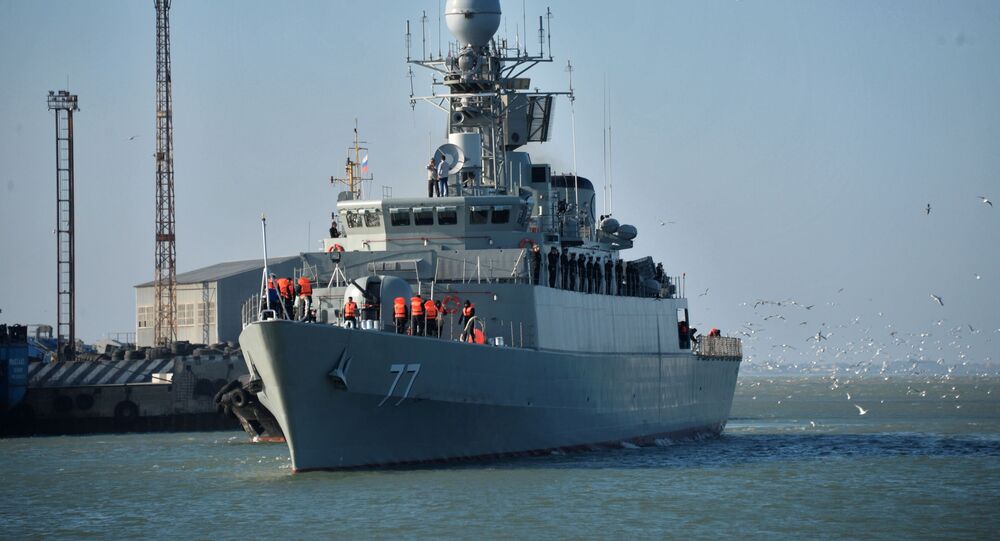 TEHRAN, (Sputnik) - Iran and Russia will maintain bilateral military cooperation, the Islamic Republic’s ambassador to Moscow, Kazem Jalali, told Sputnik in an interview, adding that US sanctions will not impact his country’s military capabilities nor its scientific research.

"This behavior of the United States will continue in the future, and the reason is that the US no longer enjoys the dominance of the past. It wants to say that it is the world’s number-one power, while that is not the case as there are several countries that have caught up and overtaken it," Jalali stated discussing the latest US sanctions against his country.

© AP Photo / Vahid Salemi
Iranian protestors burn a representation of a U.S. flag during a gathering after their Friday prayer in Tehran, Iran, Friday, May 11, 2018

In an effort to exert "maximum pressure" on Iran, the administration of outgoing US President Donald Trump has intensified its use of sanctions against the Islamic Republic in an effort to curb the development of its nuclear program, with the latest sanctions targeting the country’s entire financial sector.

"Russia, China, Iran and other countries subjected to sanctions should stand together and show that the forceful use of instruments of power on the international scene is an illegal act that may lead to harmful consequences for countries and peoples," Jalali added.

The latest US sanctions against Iran’s banks have been decried as a "crime against humanity" by Iranian Foreign Minister Mohammad Javad Zarif earlier in October. Zarif said the banks served one of the country’s channels to pay for food and medicine. These fears were materialized when Iran was unable to procure a vaccine via the COVAX platform earlier this month.