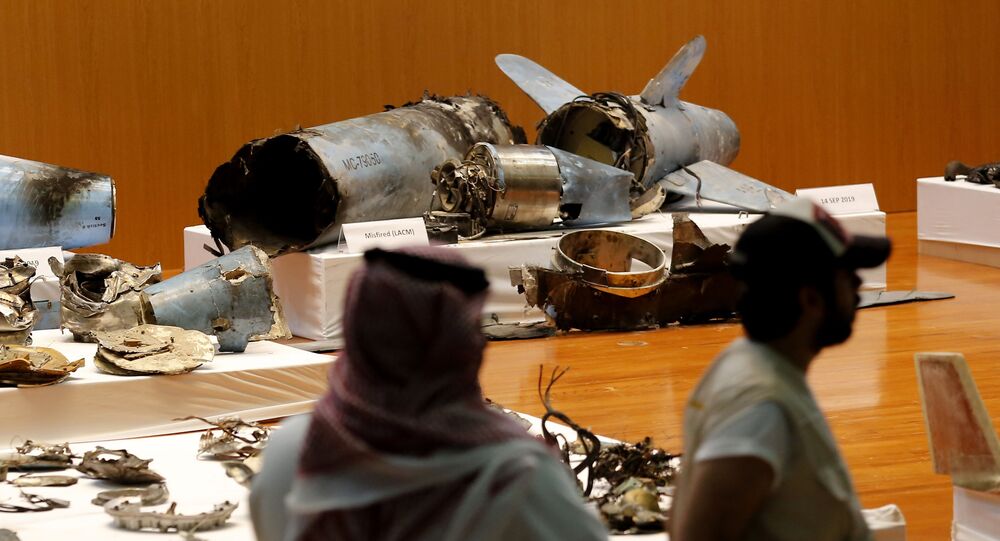 Over the past months, the border between Saudi Arabia and Yemen has seen multiple attacks reported by Riyadh to have been Houthi provocations involving rockets, drones and explosives.

According to a report from Al Arabiya, the Saudi-led coalition in Yemen intercepted and destroyed a drone launched toward the kingdom by Houthi militia.

Saudi state TV reported on Tuesday that the drone was packed with explosives.

Earlier, the Saudi Press Agency reported, citing an official at the kingdom's Ministry of Energy, that on Monday an explosive-laden boat targeted a fuel transport ship anchored at a fuel terminal in the port of Jeddah.

According to a report, a spokesman for the Arab Coalition, Colonel Turki al-Malikial-Maliki, stated that the boats were launched from the Houthi-controlled Hodeidah governorate, which Riyadh claims is used as a base to launch "ballistic missiles, drones, booby-trapped remote-operated boats, as well as the random deployment of sea mines in flagrant violation of international humanitarian law and a violation of the provisions of the Stockholm cease-fire agreement in Hodeidah".

Saudi Arabia has been leading a coalition of forces in the conflict between the Yemen government and the armed Houthi political opposition forces since 2015. The coalition has carried out military operations against Houthi militia at the request of Yemen's exiled president, Abdrabbuh Mansour Hadi.

The last reported incident involving the interception of a drone, reportedly launched toward the kingdom by Houthi armed forces, occurred on December 4.