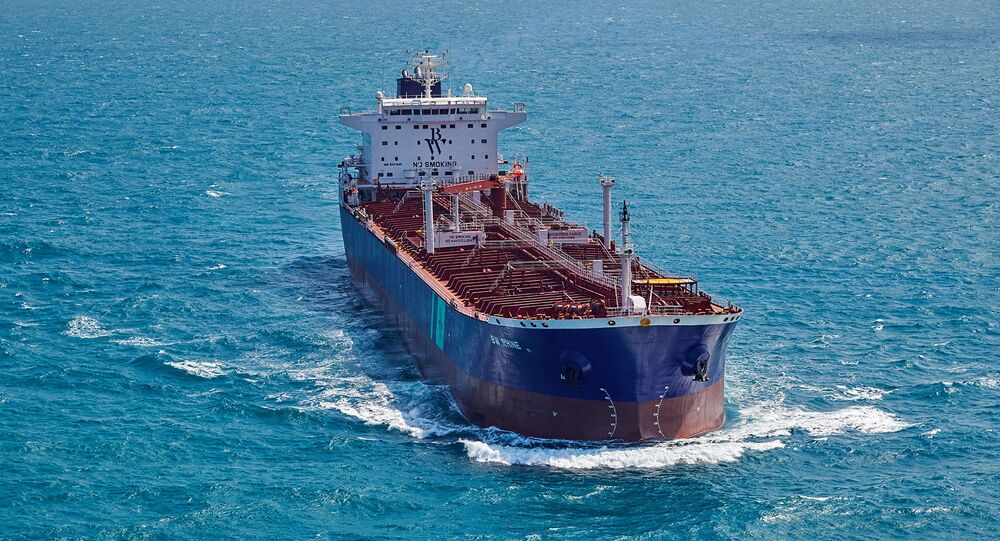 Earlier, media reported that an explosion had taken place aboard the BW Rhine, a Singapore-flagged oil tanker, off the Saudi port of Jeddah in the Red Sea. Saudi ships have previously faced similar attacks in the body of water by Yemen's Houthi militia. Riyadh launched a military operation in Yemen to try to oust the Houthis in 2015.

The captain of the BW Rhine has told Al Arabiya TV that "small boats" were seen nearby before the tanker was rocked by an explosion in Jeddah after midnight early Monday.

Also Monday, a spokesman for the Saudi Ministry of Energy told the Saudi Press Agency that the tanker, which was anchored at the Jeddah fuel terminal, was struck by an "explosive-laden boat" in a "terrorist attack."

The attack was said to have resulted in a small fire extinguished by the emergency services, with no casualties or damage to port facilities or supplies caused.

Earlier, Hafnia, the shipping company which operates the BW Rhine, confirmed that the ship's 22 member crew escaped unharmed, but also indicated that the water ballast and cargo tanks on the ship's port side had sustained damage.

The Singapore-flagged oil tanker was said to have been chartered by Saudi oil giant Saudi Aramco, and to have been discharging fuel brought from the Saudi port of Yanbu further to the north at the moment the attack took place at about 12:40 am local time.

Video purportedly shows heavy smoke billowing from a tanker on fire off #SaudiArabia port city of #jeddah. Cause of incident is explosion that said to be an external source, 22 crew members managed to escape. #ميناء_جده #جده #السعودية pic.twitter.com/HXSUoCuH6a

The ministry spokesman added that the attack followed similar strikes on a petroleum products distribution in north Jeddah, as well as a floating unloading platform in Jizan.

Stressing the destructive nature of the attacks and the threat they pose "to the security and stability of energy supplies to the world and the global economy," the spokesman called on countries to "stand together against such subversive terrorist acts."

No group has claimed responsibility for the attack on the BW Rhine, but Saudi Arabia has previously blamed similar strikes on its ships, port facilities, airports, military bases, cities and border posts on Yemen's Houthi militia.

The port of Jeddah is situated about 600 km from the Yemeni border. The Houthis have been suspected of sabotage attacks using sea mines planted in Saudi waters. Other attacks, such as the twin strikes on a pair of Saudi oil processing facilities in September 2019, were reportedly carried out using drones and ballistic missiles.

Saudi Arabia and its US allies have accused Iran of providing the Houthis with advanced military hardware and reported the regular interception of 'Iranian' weapons supplies to the militia group. Tehran has denied the claims, citing the Saudi coalition's maritime blockade around Yemen, while the Houthis maintain that its weapons were "developed with purely Yemeni expertise" on the basis of Soviet missile designs which the country obtained during the Cold War.

© AP Photo / Amr Nabil
Saudi Arabia Accuses Yemen's Houthis of Aramco Attack, Letter to UNSC States
Riyadh and a coalition of mostly Gulf State allies began a military intervention in Yemen in March 2015 in a bid to restore ousted Yemeni President Abd Rabbuh Mansur Hadi to Power. Hadi had fled to Saudi Arabia in early 2015 after a series of uprisings culminated in the Houthi takeover of the Yemeni capital of Sanaa and other major cities in late 2014.

Despite its vast superiority in troops, military technology and economic resources, the Saudi-led coalition has so far failed to dislodge the Houthis from their entrenched positions, with Saudi Arabia itself suffering regular attacks on its infrastructure. At the same time, the war in Yemen has devastated the country, killing over 233,000 people, both in fighting and as a result of the humanitarian crisis caused by the Saudi blockade. According to the United Nations, up to 22 million people, or 75 percent of Yemen's population, remain in dire need of humanitarian assistance, including food aid.