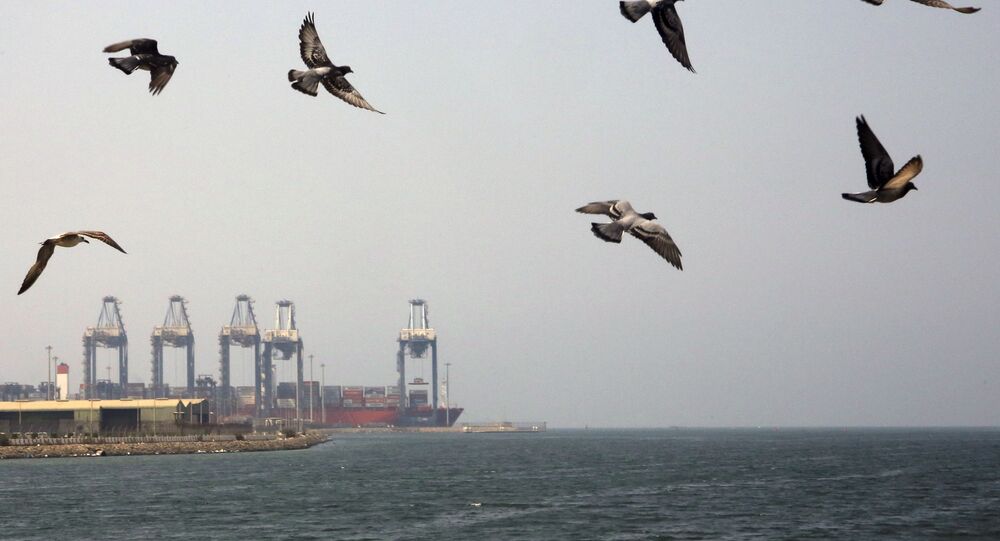 The news comes after Saudi media reported it had destroyed two boats this week, which it said were laden with explosives by the Yemeni Houthi rebels.

A blast has occurred on a ship off the port city of Jeddah in Saudi Arabia, media reported citing the United Kingdom Marine Trade Operations (UKMTO).

"UKMTO is aware a MT has experienced an explosion ... whist carrying out operations. Investigations are ongoing", UKMTO said in an incident notice on Sunday.

According to the shipping firm, quoted by AP, the explosion on tanker was caused by a "hit from an external source."

No crew member of the Singapore-flagged BW Rhine oil tanker was injured as a result of the explosion that occurred in the early hours of Monday off the shore of the Saudi Arabian port city of Jeddah, the oil tanker operator Hafnia said in a press release.

"The Master immediately ceased all discharge operations and enacted emergency procedures onboard. The crew have extinguished the fire with assistance from the shore fire brigade and tug boats, and all 22 seafarers have been accounted for with no injuries," Hafnia, which is operating under maritime company BW Group Limited, said.

Twitter account TankerTrackers.com said that it had identified the vessel as a bunkering tanker, adding that the incident has had no real impact on crude oil exports.

Reported explosion in the anchorage of Jeddah, Saudi Arabia. We identified the vessel based on the stated coordinates. This is a bunkering tanker which fuels other vessels. No real impact on crude oil exports. #OOTT pic.twitter.com/1e4EoV5Hi1

According to the Dryad Global maritime security company, it is still unclear whether the ship that suffered the explosion is the Dominican flagged M/T Desert Rose or the Saudi flagged bunkering vessel Al Amal Al Saudi.

The Saudi media has yet to report on the incident.

On 4 December, the Saudi-led coalition's forces intercepted and destroyed a drone filled with explosives launched in the direction of Saudi Arabia's territory. According to the Kingdom, the attack was conducted by Houthi rebels.

Since March 2015, the Saudi-led Arab alliance has been conducting air, land and sea operations against the Houthis, who control the capital of Sanaa and large areas in northern and western Yemen. The county has been engulfed in a devastating civil war since 2014.