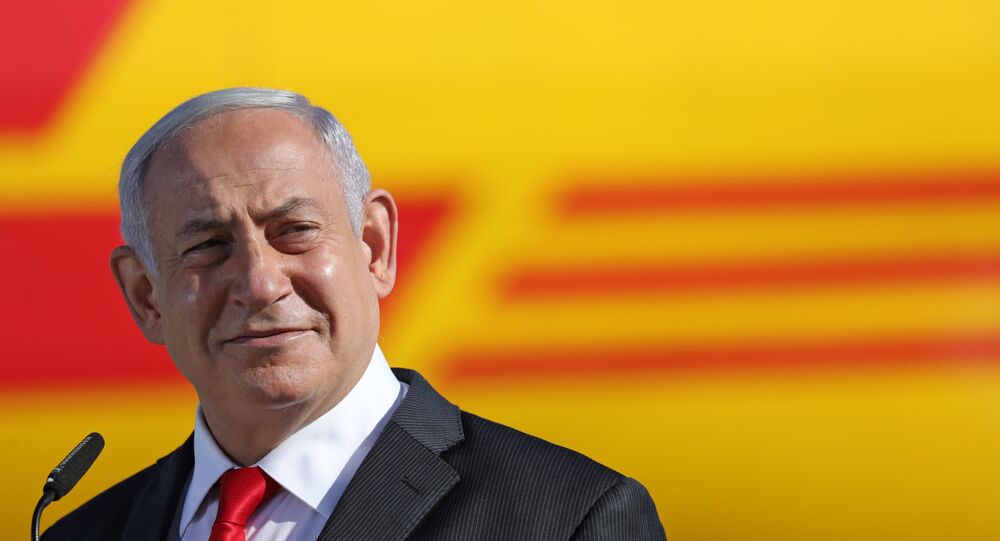 Israel's third largest party, the Joint Arab List, might split, speculates Israeli media. And the reason for this is not only deep ideological differences but also the inability to agree on whether to cooperate with the prime minister.

The Israeli Knesset is set to vote on the dissolution of the parliament on Monday. Even if it passes, the motion will still need to go through two more readings, at the end of which the chamber will officially dissolve itself, prompting another general election, the fourth in under two years.

A special Knesset committee has already proposed a date for the elections that now seem to be all but inevitable - March 16, and Israeli politicians have already started preparing themselves for the upcoming race.

Just as in previous rounds, new alliances and fresh faces are set to emerge on Israel's political horizon. And so will the splits. The loudest of those took place on Tuesday, when Gideon Saar, a longtime politician from the ruling party Likud announced he would be leaving Prime Minister Benjamin Netanyahu to run against him.

But that won't be the only one. Israel's third largest party, the Joint Arab List (JAL), is heading in that direction too as its members are struggling to agree whether to cooperate with PM Netanyahu.

Since the merger of the four Arab parties in 2015, they have presented a joint front in confronting the PM's policies, which they see as the root cause of inequality, lack of Arab integration in Israeli society, and discrimination against the Palestinians.

© CC BY 2.0 / James Emery
Israel’s Arab Party Joint List Candidate: We Have Potential to Increase Our Political Representation
For years, they have been part and parcel of the country's opposition, something that's hampered their chances of passing laws or getting the necessary funds for Israel's Arab communities, very often frustrating those who voted for them in the first place.

Now, however, one party within that Arab bloc, wants to take a different approach.

Realising that many of their voters are tired of their image as a party that caters to the needs of the Palestinians more than those living in Israel, Mansour Abbas, the head of Ra'am, vowed to address the issues that bother Arab Israelis the most: crime, high rates of unemployment, and access to education.

And Netanyahu, who recognised an opportunity to split the bloc, decided to seize it, calling Abbas into his office and reportedly offering him funds for the projects he wanted to promote.

Abbas subsequently denied these allegations, but nobody in Israel was surprised when his faction was absent from the Knesset last Monday as the chamber cast a vote on its dispersal.

At the time, Abbas put his absence down to them being "an independent faction" that was not "in anyone's pocket", sharpening previous fears that the days of a united Arab front are over.

Although Abbas is now viewed as a stooge of Netanyahu, such allegations against him are hardly based in reality.

Ra'am, established in the 1990s, has always promoted Islamic ideas that very often reject Israel and its Jewish nature. It would be highly naive to assume the party had betrayed its ideology for the sake of funds that could allegedly be provided by Netanyahu

And this is why some suspect the real reason for the current rift has much deeper roots, namely a series of disagreements over such issues as attitudes toward the Arab LGBT community and separation of religion and state.

Loyal to their Islamic ideology, Abbas and his party speak against LGBT integration, and possess a negative view of the separation of religion from the state, something that other members of the bloc seem to support.

If those issues are not settled, the chances the JAL will run as separate parties rather than as a joint list are high, meaning the number of seats they currently occupy in the Knesset will likely shrink.

A poll released on Wednesday projected 11 seats for the Joint Arab List, a noticeable decline from their previous achievement of 15 spots in the Israeli Knesset.

It is still unclear whether this or similar polls will frighten the JAL enough to glue them together, but one thing is certain, the gaps between its members are much too broad to be easily overcome.