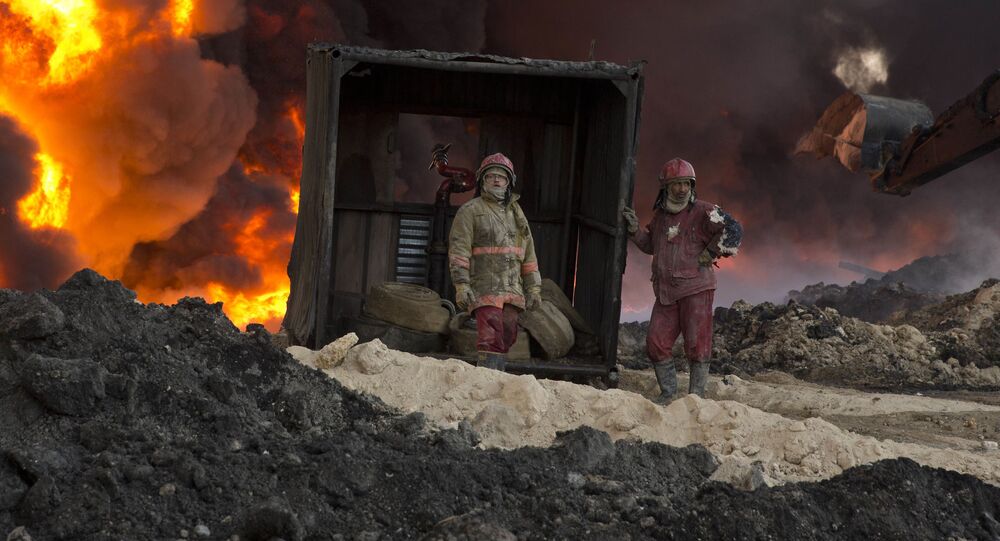 The ancient city of Kirkuk and capital of an eponymopus governorate, is located 238 kilometres (148 miles) north of Baghdad.

Reuters has reported, citing security sources, that two bombs targeted oil wells in the Khabbaz oil fields over 200 km north of Baghdad, causing a fire in the area. According to reports, firefighters are already at the site and working to put out the flames.

At the moment, no organisation has claimed responsibility for the attack.

Several photos allegedly depicting the site of the incident have since been posted online.

In the meantime, the Iraqi news agency Shafaq has stated that the Daesh* terror group was behind the bombing, citing local police sources.