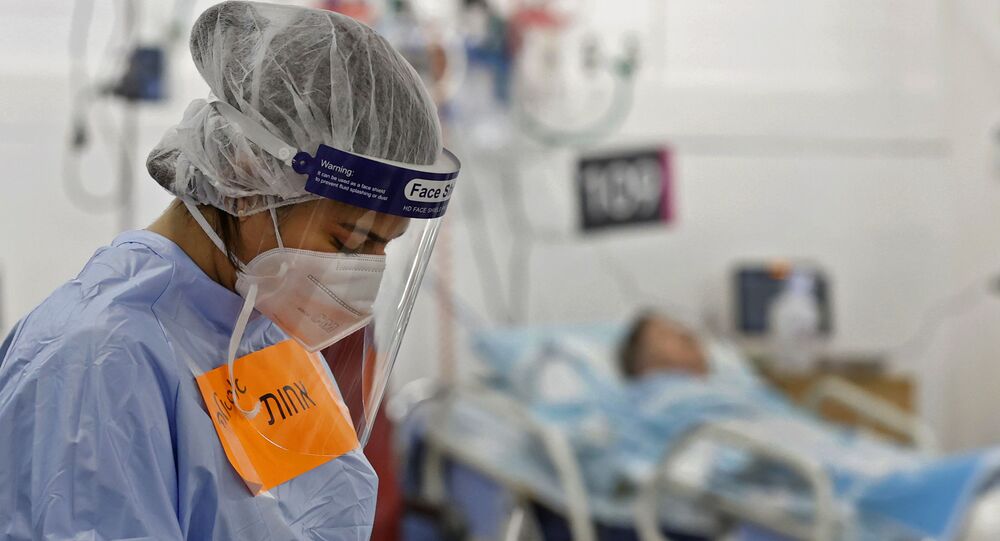 The first batch of the Pfizer vaccine will arrive in Israel later today, while 100,000 more doses will be delivered on Thursday, Israeli media reported.

Israeli medical teams will be the first to get the much-awaited vaccine in an inoculation drive expected to kick off on 20 December. Then the state will start giving the shots to the elderly and other at-risk populations.

This comes amid reports that the number of COVID-19 patients continues to rise.

Israel registered more than 1,837 new coronavirus patients on Tuesday, and Israeli politicians and experts are now warning that a third wave of the pandemic is just around the corner.

But for Dr Ian Miskin, the head of Jerusalem's COVID-19 response team, operated by the nation's largest health service Clalit, the third wave is nothing more than a continuation of a disease that never ended.

"This virus never went away. [The spike that we see now] is due to the fact that people started to get themselves tested", he tells Sputnik.

Over the past several days, Israel has conducted an average of 50,000 coronavirus tests, with daily results showing approximately three percent of people with the virus.

Pinning the Blame on Government and Public

The increasing number of positive coronavirus cases, however, cannot only be attributed to increased testing, and Miskin blames the irresponsible behaviour of the public for the situation.

"If buses are packed beyond their capacity, don't get astounded that people turn up sick", he says.

Now, ten months into the pandemic, the Israeli public doesn't appear to have learned from its past mistakes. But neither does the country's government, says Miskin.

Since the eruption of the pandemic in Israel in mid-March, the Israeli government has introduced a number of measures aimed at curbing the disease. The problem was that very often the decisions made were contradictory and, at times, confusing, leading to distrust among the general public.

Such was the case when Israel decided to shut down its train system that before the pandemic transported more than 260,000 people daily. At the same time, buses kept carrying thousands of commuters, who were deprived of any other alternative transport.

Another contradictory decision was made in September, when Israel decided to impose a curfew on 30 "red-zone" cities, or areas where the number of COVID-19 patients was alarmingly high.

The idea was to put an end to mass celebrations, parties, and weddings that took place in those areas despite the restrictions, but the catch was that they kept happening - this time during the day when the curfew regulations were not in force.

"The only way to handle this situation is to introduce very heavy fines on those, who dare to breach the regulations", says Miskin.

"When you hurt the pockets of those, who arrange weddings or attend packed yeshivas [Jewish religious schools - ed.], it becomes effective".

And what's also effective is adherence to basic rules, believes the expert.

"Keep social distancing and act conservatively to protect yourself. The only way to get rid of the virus is either to get it and recover from it or get vaccinated. The vaccines we have purchased are all safe and one shouldn't hesitate to use them".