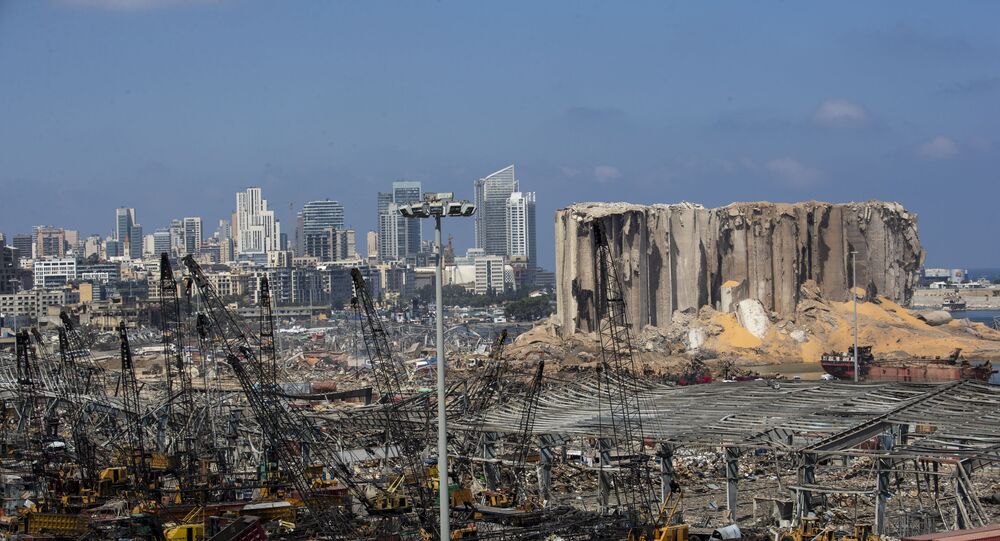 The massive explosion rocked the port of Beirut on 4 August, killing nearly 200 people and destroying half the city’s buildings. The authorities blamed the tragedy on the improper storage of 2,750 tonnes of ammonium nitrate in the port.

Sputnik presents a 360-degree panorama of the aftermath of the mighty blast that rocked Beirut's port on 4 August, levelling half the city’s buildings and killing 190 people.

Created by Igor Mazunin of the Rossiya Segodnya international news agency, the panorama was compiled from the photos and videos shot by Mikhail Krivitsky, a drone operator for the Tsentrospas rescue unit of the Russian Emergency Situations Ministry, in Beirut on 9 August.

The footage shows the rubble left by the explosion and the process of rescue works at the site.

The European Union, the United Nations and the World Bank have outlined a $2.5-billion response plan to the port blast in Beirut which happened on 4 August, leaving 190 people dead, thousands injured and many buildings damaged.

Within the next 18 months, the most vulnerable people in Lebanon will receive international grants, and the city's reconstruction will be funded by loans, AFP said, quoting a report on the roadmap.