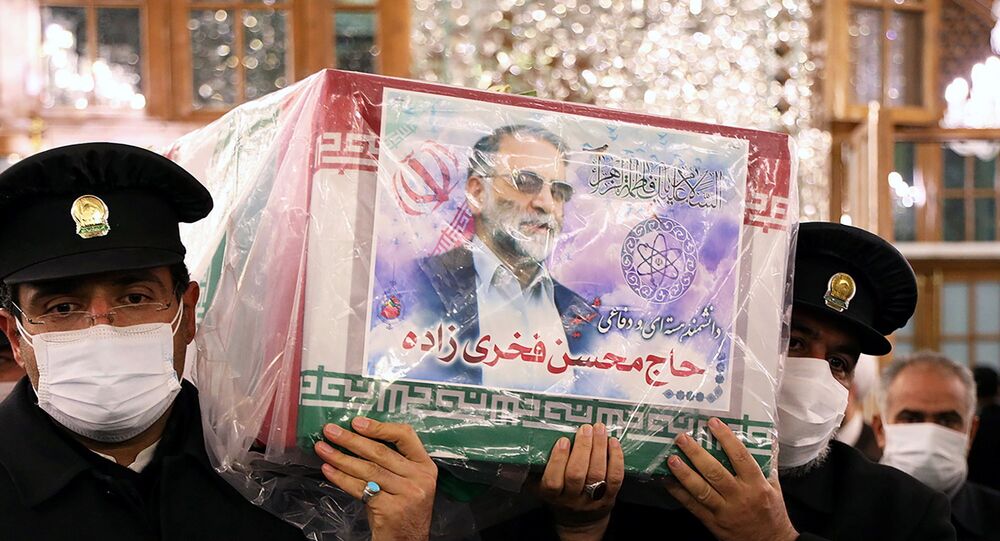 Since it seems likely that Joe Biden will become the next US president on January 20, 2021, and Biden has indicated that he supports limiting sanctions against Iran under the auspices of the discarded 2015 nuclear deal, one leading US diplomat says it’s likely that Iran will hold off on its revenge for the recent killing of a leading scientist.

Elliott Abrams, Washington’s special envoy on Iran and Venezuela, suggested that Tehran is unlikely to immediately seek revenge for the killing of Mohsen Fakhrizadeh, a leading Iranian nuclear scientist, because it could endanger the potential for fresh negotiations with Washington if Joe Biden takes office in January.

“If they want sanctions relief, they know that they’re going to need to enter some kind of negotiation after January 20, and it’s got to be in their minds that they don’t want to... undertake any activities between now and Jan 20 that make sanctions relief harder to get,” Abrams told Reuters in a Thursday interview.

Biden is the projected US president-elect, having retained his lead over US President Donald Trump amid ballot recounts in several states in which the candidates’ tallies were close. Trump has not conceded the race and the official vote of the US Electoral College has yet to take place. Despite the lack of formalities, Biden and many foreign leaders have begun planning for the likely departure of Trump on January 20.

Fakhrizadeh was slain in a dramatic highway ambush outside Tehran on Sunday, his car damaged by another explosives-laden vehicle and sprayed with bullets from, among other things, a remote-controlled robotic machine gun. While no nation or group has claimed responsibility for the attack, a number of indicators heavily suggest Tel Aviv is behind the murder, and two US intelligence officials and one government official told the New York Times it was Jerusalem’s work.

Fakhrizadeh, who headed the Iranian Defense Ministry’s Organization of Defensive Innovation and Research (SPND), was a leading scientist in nuclear research in Iran, and Israel has long maintained that Iran’s peaceful nuclear research was a veil for a secret nuclear weapons program that imperils the region.

Trump, too, claimed that was the case, and in May 2018 unilaterally withdrew the US from the Joint Comprehensive Plan of Action (JCPOA), a 2015 deal between Iran, the US, and several other world powers that saw Tehran agree to give up its nuclear weapons program in exchange for relief from crushing economic sanctions. Those sanctions were reinstated as Trump said they were part of a “maximum pressure” campaign to force Iran back into the confines of an agreement that all other signatories agreed the Islamic republic had never left.

On Wednesday, Biden told the New York Times he intended to return to the JCPOA framework, because, as he put it, “the last goddamn thing we need in that part of the world is a buildup of nuclear capability.”

Wednesday also saw Iranian President Hassan Rouhani rebuke some of his colleagues in parliament for passing a bill that would boost the country’s nuclear output, in response to Fakhrizadeh’s killing. Under the 2015 deal, Iran is allowed to produce small amounts of uranium for medical research and as nuclear fuel in a handful of small nuclear power plants. The head of state said the move was “harmful” and suggested that the MPs were posturing for their constituencies ahead of the June 2021 elections.