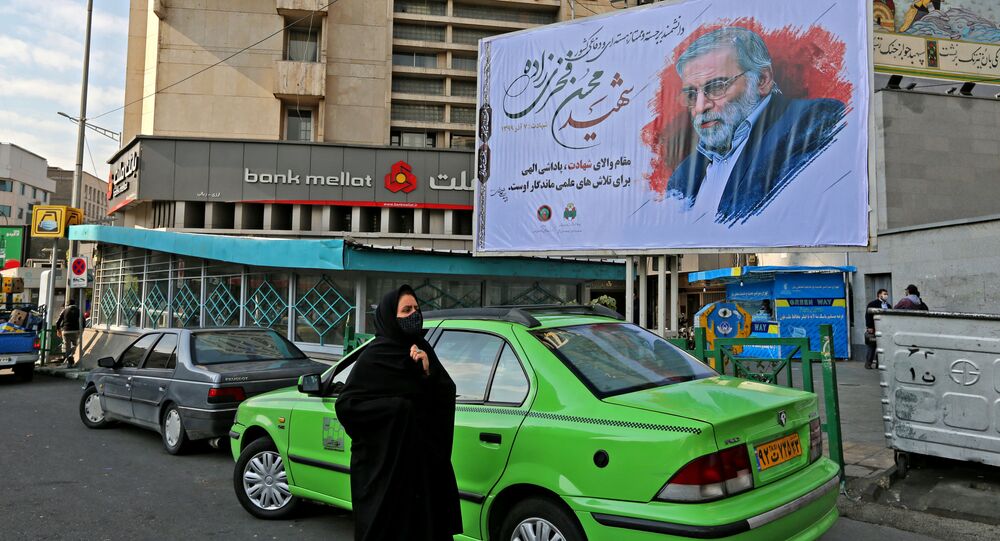 Earlier today, the Iranian envoy to Russia suggested that Israel was behind the murder of the country’s top nuclear scientist, referring to some "direct and indirect" evidence.

Every time there is something bad happening in Iran, Israel is the first to be blamed, the broadcaster Rossiya 24 cited Israeli Ambassador to Russia Ben Zvi as saying. Mr Zvi also added that Tehran has never stopped threatening the Israeli people with an escalation of the situation in the region.

The ambassador claimed that Iran's nuclear programme is not only of concern to Israel.

"The situation with Iran's nuclear weapons is a threat to the whole world. We cannot put up with it any longer, as we want to live and work in peace. I hope Iran will get this point", Zvi said.

The Iranian ambassador to Russia earlier accused Israel of being behind the assassination of Mohsen Fakhrizadeh. Kazem Jalali also claimed that Iran had managed to obtain "all of the direct and indirect evidence", picking up an alleged Israeli track in the incident.

On 27 November, Mohsen Fakhrizadeh, a senior Iranian nuclear physicist, was assassinated in a roadside attack on his vehicle about 175 km east of Tehran. Following the incident, the Iranian parliament ratified the general outlines of a national plan to boost nuclear activity, stipulating the production of at least 120 kilograms of 20-percent enriched uranium annually.