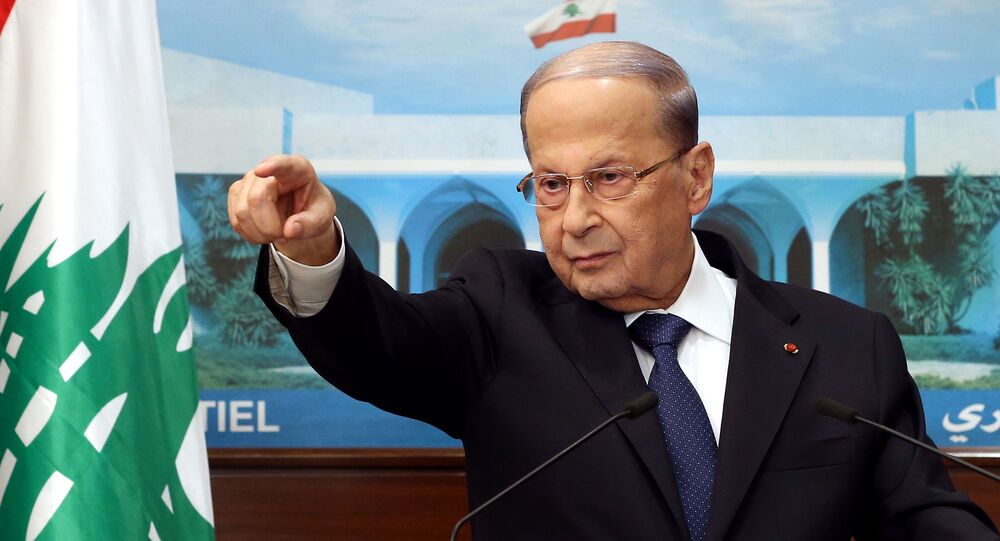 MOSCOW, (Sputnik) – Lebanon has expressed hope that the US-mediated talks with Israel on the demarcation of the disputed maritime border are productive as this may contribute to stability in the country's south, President Michel Aoun said on Wednesday at a meeting with high-ranking US officials.

Earlier in the day, Aoun held talks with US Ambassador to Lebanon Dorothy Shea and John Desrocher, the US ambassador to Algeria and the head of the US delegation, on the negotiating track following the recent developments, as media reported in late November that a new round of talks that should have occurred on December 2 between the two countries was delayed until further notice.

"Lebanon, which maintains sovereignty over its territory and waters, wants the negotiations [with Israel] to succeed to strengthen stability in the south and invest in natural resources," Aoun said, as cited by his office on Twitter.

It is possible for the sides to overcome difficulties that "emerged during the last round of talks" through an in-depth analysis based on international law and law of the sea, the president added.

Desrocher, in turn, expressed hope that the negotiating process will continue in everyone’s interest.

Over the course of October, the parties held three negotiating sessions at the headquarters of the UN Interim Forces in Lebanon in the southernmost town of Naqoura.

The talks seek to resolve an overlap between the two rival nations’ territorial waters and exclusive economic zones that is situated over large oil and gas deposits beneath the Mediterranean seabed.