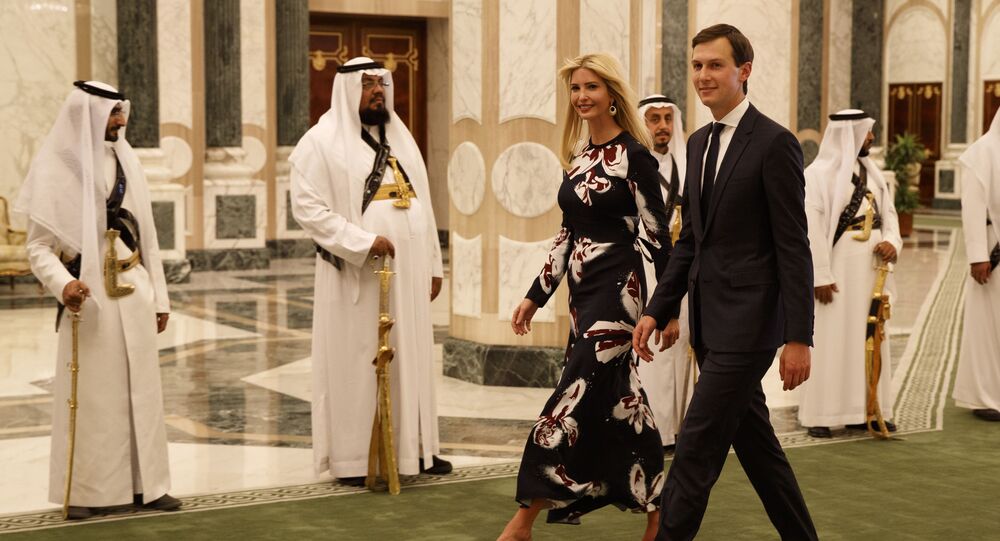 The report comes amid speculation that the Trump administration will try to reinforce its policies in the region during what is presumed to be the last days of Trump in office before the next president swears upon the Bible.

Trump's senior advisor Jared Kushner, accompanied by a small group of White House officials, will soon visit Saudi Arabia and Qatar in a bid to normalise relations between the two Gulf States and secure a deal on several significant issues, an Axios report said on Sunday.

Tensions emerged between Saudi Arabia and Qatar back in 2017, as the Kingdom accused its neighbour of supporting Islamist forces in the region and maintaining contacts with Iran, with the UAE, Bahrain and Egypt. The countries severed diplomatic ties with Qatar and introduced a total blockade of the country.

Apart from resolving the rift between the two states, Kushner will reportedly seek to persuade Saudi Arabia into allowing Israeli flights to fly through the Kingdom's airspace. A similar agreement was earlier reached with the UAE and Bahrain, resulting in both countries opening their airspace to Israel.

The news also comes amid rumours that Israeli Prime Minister Benjamin Netanyahu paid a secret visit to the Saudi Crown Prince, reportedly in a bid to normalise relations between the two countries, which may be part of broader historical efforts pursued by the Trump administration to achieve reconciliation between Israel and Arab nations.

The Trump administration itself has managed to maintain relatively good relationships with both Saudi Arabia and Qatar.