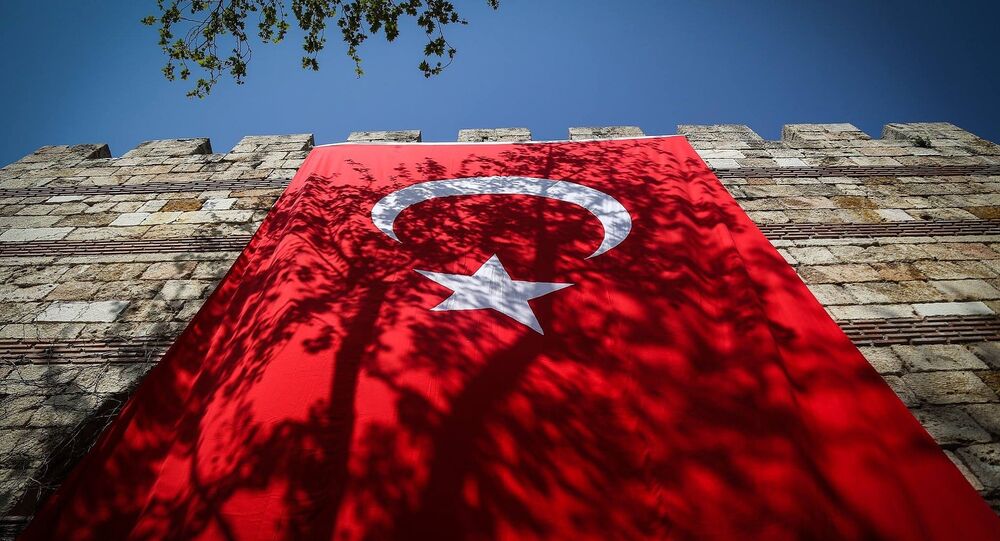 On Friday, Fakhrizadeh, an Iranian nuclear physicist and the head of the Iranian Defense Ministry's innovation center, was killed in a gunmen attack in the town of Absard in the Tehran region, which caused outrage and condemnation in the Middle East.

Turkish Foreign Ministry has condemned the "heinous assassination" of Iranian nuclear physicist Mohsen Fakhrizadeh, called for the perpetrators of the attack to be held accountable and urged "all sides to act with common sense and restraint".

"We regret that Iranian scientist Mohsen Fakhrizadeh died as a result of an armed attack in Tehran. We condemn this heinous murder and express our condolences to the Iranian government and the family of the deceased. Turkey opposes any attempt to disturb peace and tranquility in the region, as well as against all types of terrorism, regardless of who the perpetrator or target is," the Turkish Foreign Ministry said in a statement commenting on the attack.

© AP Photo / Vahid Salemi
A War in the Shadows: The Record of Iranian Nuclear Scientists Killed Over the Decade
The ministry added that all those responsible must be held accountable and advised: "all sides to avoid actions that could lead to an escalation in the region."

A spokesperson of the German Foreign Ministry told Sputnik on Saturday that Berlin was concerned that the killing of the Iranian physicist could increase tensions in the Middle Eastern region.

Earlier, Iranian officials said that assassination of the country's prominent scientist was targeted by the Israeli intelligence agency Mossad and called on the international community to condemn the attack, saying it's "a clear violation of int'l law, designed to wreak havoc on our region." Iranian President Hassan Rouhani said on Saturday that the killing would not go unanswered and that there would be a response "at the right time."

Syrian Foreign Minister Faisal Mekdad said on Saturday that the international community should condemn the attack that claimed the life of the Iranian nuclear physicist and called on the United Nations to step up counter-terrorism efforts.

Fakhrizadeh was assassinated in the city of Absard in Iran's Damavand County, Tehran Province, at about 2.30 p.m. local time (11:00 GMT). An explosives-laden car detonated near his vehicle, with small fire subsequently opened by a number of assailants, the Iranian defence minister confirmed. The wounded scientist was immediately helicoptered to hospital but did not survive the injuries.