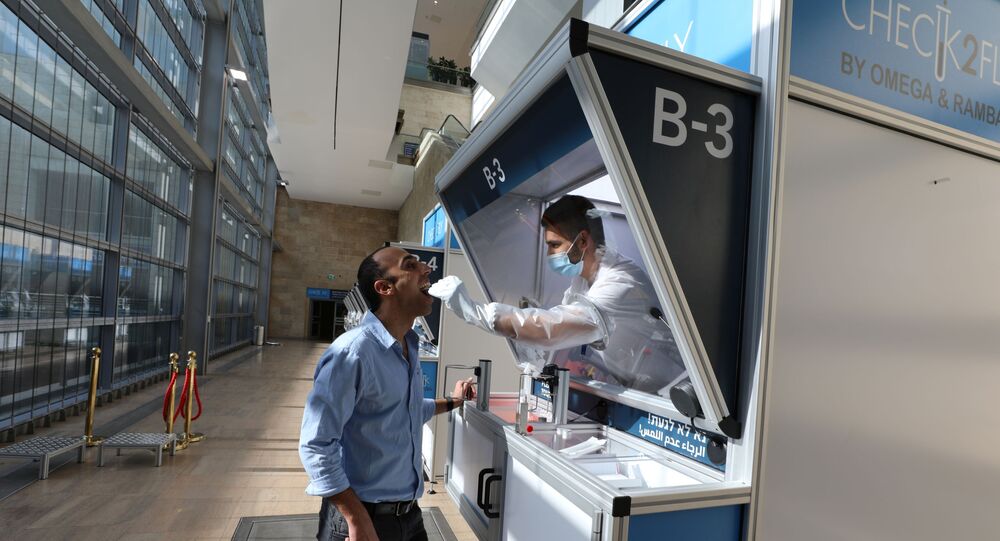 After Israel announced that it had signed a number of agreements with leading pharmaceutical companies to provide the country with a large portion of COVID-19 vaccines, many in the Jewish state heaved a sigh of relief. But an expert is warning that it is too early to celebrate.

Life in Israel continues to slowly return to normal, as authorities continue lifting restrictive measures earlier imposed to curb the spread of COVID-19. The latter has already claimed the lives of more than 1,700 people in the country.

Shops are opening up, street vendors are appearing again, and the education system seems to be getting back on track, while hospitals that were once packed with COVID-19 patients are emptying out, with some even closing their doors.

Yet, the authorities warn that the threat of the virus is still there and that another lockdown, a third in under a year, is just around the corner.

Vaccines to the Rescue

But Israeli Prime Minister Benjamin Netanyahu and his government are not planning to sit idly by watching how the virus destroys the nation's economy and the well-being of its citizens.

On Friday, Israel announced that it had reached a deal with AstraZeneca, a British pharmaceutical company, for the supply of ten million doses of its coronavirus vaccine, which will meet the demands of five million Israeli citizens.

© REUTERS / DADO RUVIC
AstraZeneca’s Chimpanzee Cold Virus Vaccine Against COVID Shows 70% Efficacy
Similarly, Israel has also announced that it will purchase an impressive number of vaccines from other suppliers, primarily US-based Moderna and Pfizer, with Netanyahu stating that he is currently considering a deal with Russia to potentially provide the Jewish state with its Sputnik V vaccine.

Netanyahu's idea is simple. He believes that by purchasing enough vaccines he will bring about herd immunity in Israel, and that by diversifying the vaccines it will increase the likelihood of at least one of them being effective in curbing the virus.

Too Early to Celebrate

News of deals with leading pharmaceutical giants has stirred optimism among Israelis, who have grown weary of the crisis caused by the pandemic, but experts say it is way too early to celebrate.

"One of the challenges that we are facing is the transportation of those vaccines", said Cyrille Cohen, head of the Immunotherapy Laboratory at Bar Ilan University and a member of the Advisory Committee for Clinical Trials of Coronavirus Vaccines at the Ministry of Health.

"The Pfizer vaccine needs to be transported at a temperature of minus 70 degrees. That will require hundreds of special fridges. It is doable but we need to plan that in advance".

© AP Photo / Maya Alleruzzo
Disbelief in Government Was Main Factor for Spread of COVID-19 Among Arab Israelis, Politician Says
Even if Israel does manage to overcome that hurdle and deliver the vaccines, they will still need to go through a laborious bureaucratic process that requires the approval of the country's Health Ministry. Only then will the products be made available to the general public.

But here is another catch. Given that all of the vaccines will be reaching Israel in batches, with Pfizer sending the first 200,000 bottles as early as December, the chances that the vaccine will reach the masses are slim and Cohen believes it'll be the most vulnerable layers of the country's population that will receive access first.

And since much of the general public won't be able to access the much-needed vaccine, the expert believes that Israel, as well as the rest of the world, cannot allow itself to go back to normal just yet.

"We have to be cautious and we have to realise that we cannot throw away our masks. Nor can we allow ourselves to throw big parties or ignore restrictive measures", said Cohen.

"We still have many questions about the virus, and very few answers. We don't know which vaccine will be good enough, we don't know whether there will be mutations or whether it will be possible to catch it twice. But I am optimistic and I am sure that gradually we will be able to go back to normal".