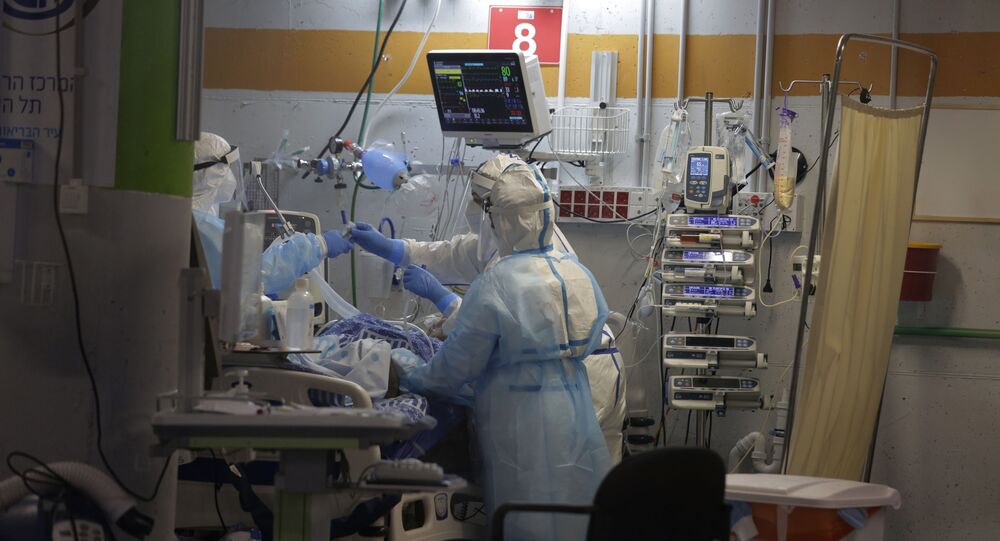 Rising COVID cases in the northern Israeli city of Nazareth can be attributed to the high numbers of weddings taking place there, despite the pandemic restrictions. And while the figures may not be as alarming as in the past, the country’s authorities have opted to shut the city down, fearing the situation might spiral out of control.

Nazareth, Israel's largest Arab city and located in the north of the country, has been on lockdown since Saturday morning as the number of COVID-19 cases there continues to climb.

On Saturday, Israel registered more than 760 new cases, with official data suggesting that 46.7 percent of patients in recent weeks had come from the Arab communities across the country.

Dr Youssef Jabareen, an Israeli parliamentarian from the Joint Arab List, admits that the situation in the Arab community is "very worrying" but says the current increase isn't that significant and that it will eventually flatten along with the general trend in Israel.

Israeli authorities do not seem to share his views. The city of Nazareth has become a major hotspot in recent weeks, registering the second-highest number of patients after Jerusalem, something that prompted the government to consider it a "red zone".

The practical meaning of this was that all entries to the city were closed, so were public institutions, government offices, and private businesses, except for those considered essential.

Residents of the city have seen similar restraints before. In September, as the COVID-19 cases spiked, Israel imposed a number of restrictions on the town that involved the shutting down of private businesses and public institutions.

© CC BY 2.0 / Hans Johnson / Nazareth
As Lockdown in Nazareth Looms, Resident Says COVID-19 Spike was Caused by Carelessness
At the time, residents complained about the carelessness that had led to the crisis, with the authorities pinning the blame on parties, weddings, and celebrations that took place despite the ban and in spite of the government urging to avoid gatherings.

Now, less than three months after the partial lockdown of Nazareth, history appears to be repeating itself. Touring Arab towns and meeting with their representatives, Israel's new coronavirus chief, Nahman Ash said on Saturday that "weddings and returning from abroad" were the two main factors contributing to the spread of the pandemic among the country's Arab population.

Jabareen doesn't downplay the importance of Ash's words. Nor does he shake off the responsibility from those holding weddings and other gatherings despite the pandemic. But he does think that part of the blame also lies with the government, which failed to gain the trust of ordinary Israelis.

The primary reason for this distrust, believes Jabareen, was "the inconsistent messages of the government".

Since the eruption of the pandemic in mid-March, Israel has implemented a number of restrictive measures that have been slammed by the media and caused consternation among many Israelis.

While public gatherings have been banned and authorities instructed to maintain social distancing, public transportation has been packed with commuters, who often don't bother to wear face masks.

Similarly, while educational institutions have been shut in many towns and cities, the government turned a blind eye to the situation in Ultra-Orthodox neighbourhoods, letting them operate their schools without issue, to the frustration of the general public.

But these weren't the only health policies that raised concern among the masses. The government's assistance package that offered too little, and at times too late, also stirred dissatisfaction.

"The Arab public has suffered disproportionately economically; unemployment is high and small and medium businesses are hurting yet the government has failed to recognise the scope of the problem or adequately compensate us. This has also contributed to public distrust in the government", Jabareen says.

To change the situation and flip the trend, Jabareen urges the government to take a different approach to the problem.

© AP Photo / Mahmoud Illean
Israel's Covid Czar Slammed for Likening Virus Spike in Country's Arab Community to 'Terror Attack'
"The government must do more to help us to effectively combat the virus. For example, they should allocate more money for media campaigns in Arabic and we also need to be able to hire additional people to [help us educate people about the pandemic]".

But until that happens, Jabareen is not sitting idly by, waiting for the government. Along with other parliamentarians from his party, Jabareen is touring the country and engaging in a dialogue with the community hoping to change the current trend.

However, the authorities say the lockdown will remain in place at least until Thursday, after which the situation will be reassessed and a fresh wave of restrictions could be imposed if Arab towns continue to show alarming numbers.