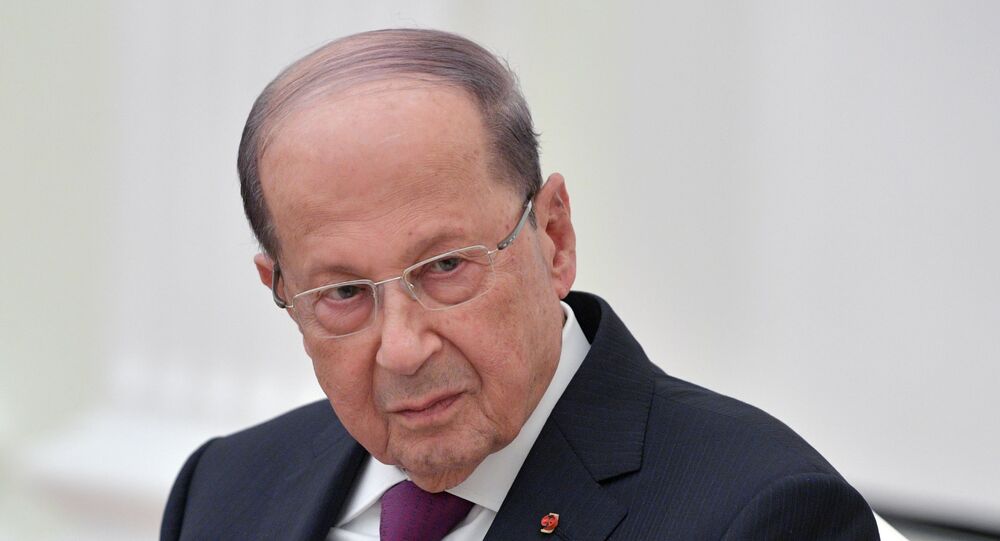 BEIRUT (Sputnik) - Lebanese President Michel Aoun during his address to the nation on Sunday, which marks the country's Independence Day, called on compatriots to unite to together lead Lebanon out of the crisis.

According to the president, Lebanon has become hostage to corruption, as well as the foisting of foreign will and domestic ambition, which makes independence, sovereignty and democracy nothing more than words.

At the same time, Aoun said that real independence for Lebanon and the elimination of the corrupt system was possible. Within the context, he called for a national dialogue and unification of positions to bring the country out of the crisis, suggesting that political forces put the country's interests first.

"Reforms and the struggle for independence depend on your desire, so declare it," Aoun added.

© AP Photo / Hassan Ammar
Mass Protests in Beirut, Lebanon Marking Anniversary of 'October Revolution' - Video
Lebanon has been suffering from the worst economic crisis in 30 years, which has prompted nationwide demonstrations across the country since October 2019 and resulted in the resignation of then-Prime Minister Saad Hariri’s government.

In late April, a new wave of protests began in Lebanon for all the same reasons — a sharp drop in the value of the local currency and an increase in food prices. In response, the government endorsed an economic reform plan aimed at dealing with the nation's deepening financial crisis.