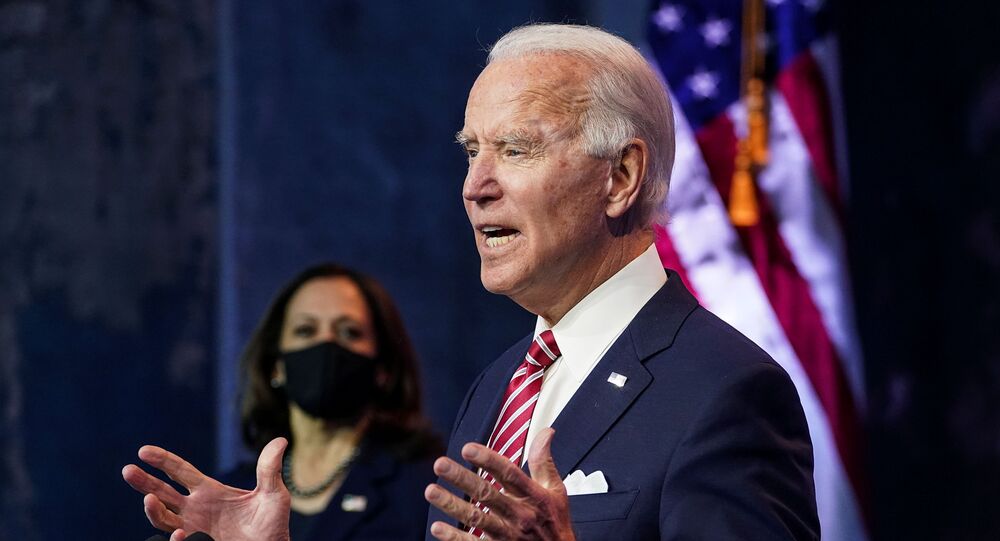 The Joint Comprehensive Plan of Action, known as the Iran deal, was agreed upon in 2015 to settle the issue of the Iran nuclear program and the economic sanctions tied to it. In 2018, Donald Trump left the deal and resumed the sanctions toward Iran. Several Gulf states strongly supported the decision, and Trump reportedly consulted with them.

In light of major US media outlets projecting that Democratic presidential candidate Joe Biden is the next president of the United States, the Bahrain foreign minister, Abdul Latif al-Zayani, in an interview with Axios said that "the Biden administration" should have consultations with the Gulf States if the US is considering rejoining the Iran nuclear program, as the Trump administration reportedly did consult with the latter and Israel on its policy towards Iran.

“The situation in the Middle East has changed in the last four years and the dynamics have changed," al-Zayani told interviewer Barak Ravid. “We are sure that the interest of the US is to have a secure and stable region for all and we hope Iran becomes a responsible regional citizen."

The foreign minister's statement comes amid media projections of Joe Biden's victory in the 2020 presidential election and Biden's earlier statements that he wold "offer Iran a credible path back to diplomacy".

“If Iran returns to strict compliance with the nuclear deal, the United States would rejoin the agreement as a starting point for follow-on negotiations", he wrote in a September CNN op-ed.

In an interview during a historical first visit to Israel, Bahrain’s foreign minister emphasized that any new nuclear deal with Iran should be dedicated not only to Tehran's nuclear program, but to ballistic missiles in the Middle East and regional politics as well.

Bahrain’s foreign minister highlighted that consultations with Israel and Gulf partners concerning Iran are being held to decide what should be done next.

“Any nation concerned by Iran’s belligerence should, and will, make their case," he offered. "We will certainly make our views known. We have a close and open dialog with the United States, so I am sure that other regional states will make these concerns absolutely clear."

Switching to the subject of the future of the 'Abraham Accords', al-Zayani expressed his opinion that the Biden administration, should the latter win the election, continue the process and potentially expand it.

“We know it is not going to always be a smooth ride but this train has left the station and we hope others will join," he said.

The minister denied any a critical moment between Bahrain and the Palestinians over the normalization of relations with Israel, saying that the deal would allow Bahrain to "use our relationship with Israel to more effectively advocate for the Palestinian people."

Earlier local media, citing unnamed Palestinian officials, reported that the Palestinian Authority sent its ambassadors back to the UAE and Bahrain after they have been recalled in protest against the deals that established diplomatic ties with Israel.

During Wednesday's visit, al-Zayani met with Israel Prime Minister Benjamin Netanyahu and US Secretary of State Mike Pompeo in Jerusalem to sign an agreement on direct flights between the two countries.

The agreement signing between Israel and a handful of Arab countries occurred as a part of the process of diplomatic normalization referred to by some as the 'Abraham Accords', named after the patriarch Abraham, of the Abrahamic religions, which include Judaism, Christianity and Islam.

The first accord was reached in August between Israel and the United Arab Emirates and was mediated by the US, as the three parties published a joint statement. The statement is remarkable for being the first Arab-Israel relations normalization since the 1994 peace treaty with Jordan. In September, Bahrain became the second Arab country to join the accords. Sudan formally agreed to normalize ties with Israel in October by signing an agreement brokered in part by the Trump administration.

Commenting on Wednesday meeting with al-Zayali and Netanyahu, Pompeo empasized the outcomes of the accord for the region, stating that they "have put the region on a transformative path toward stability, security, and opportunity."

Honored to meet with @Netanyahu and Dr. Al Zayani in Jerusalem. The historic Abraham Accords have put the region on a transformative path toward stability, security, and opportunity. pic.twitter.com/EgCjiqp5Yu

Relations between the US and Iran became worse after Trump's 2018 unilateral withdrawal from the 2015 Joint Comprehensive Plan of Action, and the subsequent re-imposition of US sanctions. The crisis in relations escalated in January, as a US targeted drone attack assassinated the top Iranian general and commander of the Islamic Revolutionary Guard Corps, Qasem Soleimani. Iran responded with missile strikes on US military bases.

Concerning the JCPOA, Iran has consistently stated that it has always stuck to the terms of the agreement.

Even after tensions between Tehran and the Trump administration rose due to the White House withdrawal from the agreement, the supreme leader of Iran, Ayatollah Ali Khamenei, said that Tehran could have already created a nuclear weapon but the manufacture of nuclear weapons is forbidden as a sin in Iran due to Islamic rules.

Iran Capable of Preventing, Responding to 'Melancholy Adventure' of Any Aggressor