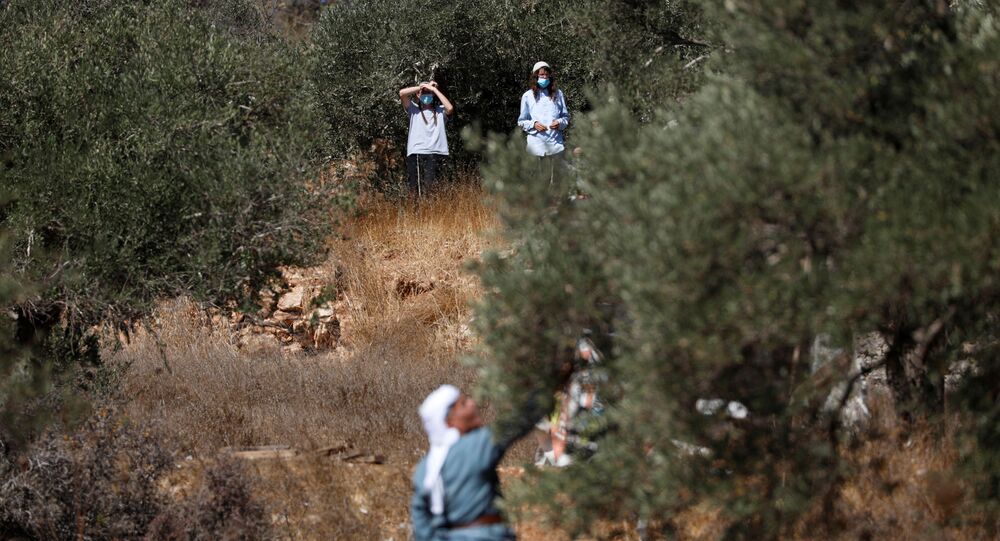 Earlier, the Israeli prime minister put his long-promised plans to extend the country's sovereignty over some settlements in the West Bank on hold. The bill that would help legalise the outposts, erected without the approval of Tel Aviv, also wound up in limbo prior to the 2019 general election in Israel.

Members of the Knesset's Land of Israel Caucus, which brings together lawmakers from various parties who want to "strengthen the State of Israel's hold" on the West Bank, are pressuring Prime Minister Netanyahu to recognise the so-called "wildcat" outposts built in the disputed territories.

Unlike the Israeli settlements in the West Bank, only considered legal by Israel and deemed illegal by the rest of the international community with the exception of the US, the "wildcat" outposts were built without receiving authorisation from Tel Aviv and are essentially illegal from the Jewish state's standpoint. Thus, they do not enjoy the rights and government services that the West Bank settlements have.

The Land of Israel Caucus, which includes Netanyahu's allies and members of his own Likud party, has penned a petition urging the authorities to adopt a regulation that would recognise the outposts. The authors of the petition further argued that the adoption of such a regulation "must be done now".

"It is not fair, reasonable or responsible to leave the settlements without status and the tens of thousands of their residents deprived of their rights", the petition said.

The caucus' rush with the petition comes amid concerns that President Donald Trump might not win a second term. Trump made several significant moves in terms of recognising Israeli's territorial claims, namely acknowledging Jerusalem as its capital, the Golan Heights as its territory, and ending the practice of calling West Bank settlements "illegal". It remains unclear what policy towards Israel his opponent, Joe Biden, will pursue should he win the Electoral College vote in December.

There are currently around 70 Israeli "wildcat" outposts built in the West bank, housing around 20,000 people. The Knesset has already tried to address the issue with Regulation Law 2, which was pushed by Likud and its allies in 2018, but was eventually stalled in 2019 amid a series of general elections and re-elections. The bill would forbid the government from demolishing these outposts, as it has done in the past, and would force Tel Aviv to provide them with full government services. The original owners of the land would be compensated for the land grab financially or with an equal amount of land elsewhere.

The matter of the illegal outposts was raised when Netanyahu's Cabinet put on hold its earlier plans to extend sovereignty over several West Bank settlements, something that had been promised by the prime minister during his general election campaign. The plans were frozen as part of a deal with the United Arab Emirates, with the latter agreeing to establish diplomatic relations with Israel in exchange. The deal between the two was brokered by US President Trump.

Jewish Settlements in West Bank Not an Obstacle for Peace, Palestinian 'Stubbornness' is, Prof Says