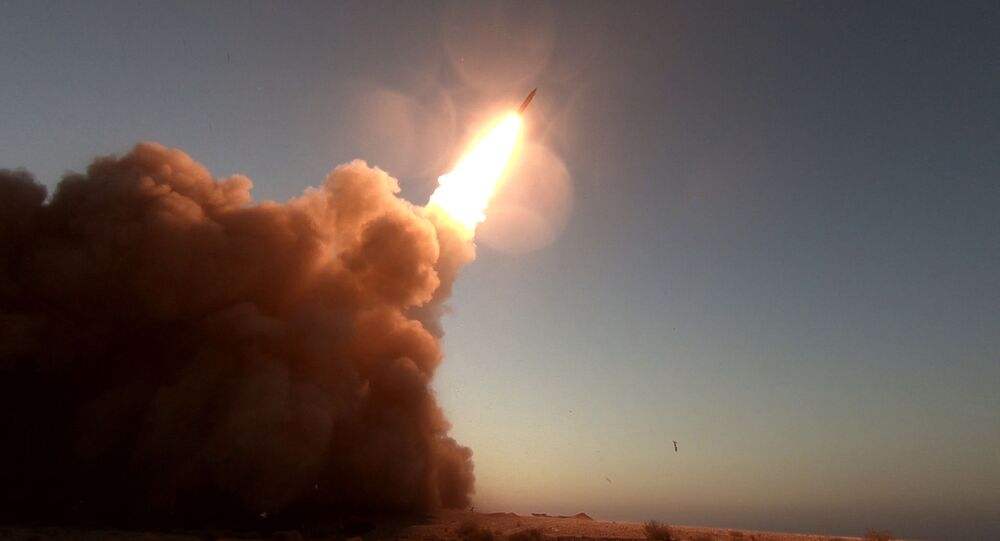 Iran Capable of Preventing, Responding to 'Melancholy Adventure' of Any Aggressor

Iran is well prepared to deal with any course of action that a potential aggressor might undertake against the Islamic Republic, the spokesman for the country's UN mission, Alireza Miryousefi, has stated.

"Iran has proven to be capable of using its legitimate military might to prevent or respond to any melancholy adventure from any aggressor", the spokesman said.

Miryousefi's statement came in response to reports by The New York Times and Reuters saying that Trump was considering attacking Iran's main nuclear site, presumably the Natanz nuclear enrichment plant, but was dissuaded from doing so by members of his administration. The spokesman stressed that despite the US' actions, namely its withdrawal from the nuclear deal, the country's nuclear programme remained peaceful, as Tehran has always said.

Earlier, Iranian government spokesperson Ali Rabiei cautioned Washington against launching an attack against Iranian nuclear objects, vowing a "crushing response" from Tehran otherwise. Rabiei expressed hope that the US does not really want to "cause insecurity in the world and the region".

Trump's Fight Against Return to JCPOA

According to media reports, Trump sought to conduct a strike an Iranian nuclear facility in coming weeks before allegedly being convinced not to plunge the US into a new regional conflict by members of his administration. Earlier, an Axios report suggested that Trump would try to "flood" Iran with new sanctions in the near future – in case he loses his lawsuits over alleged voter fraud and irregularities and Joe Biden assumes the office of the president.

Biden has indicated his intention to look at bringing the US back into the Iran nuclear deal, also known as the Joint Comprehensive Plan of Action (JCPOA), during his campaign, after Trump walked away from it in 2018 and re-imposing sanctions against the Islamic Republic. Axios' report suggests that the "flood" of new sanctions would be too politically risky for Biden to lift, should he win the presidency. At the same time, Iran has stressed in the past that it would only be willing to negotiate a return of the US to the JCPOA after sanctions are lifted.

French, German Foreign Ministers Urge US to Return to Common Approach Towards Iran