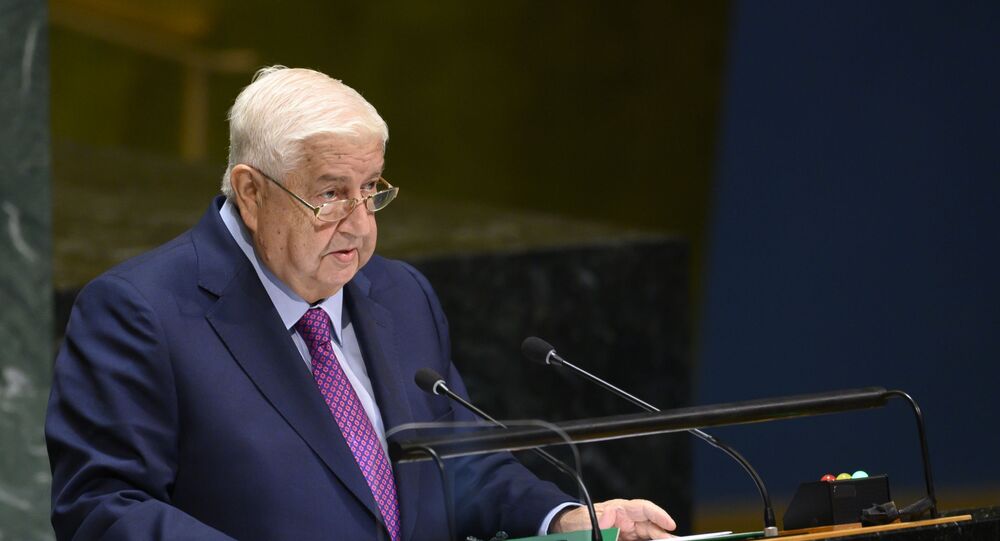 Muallem was appointed the country's top diplomat in 2006, while he had also served as Syrian Deputy Prime Minister since 2012.

Syrian Foreign Minister Walid Muallem has passed away at the age of 79, state-run SANA news agency reported in the early hours of Monday, citing the ministry.

Muallem would have turned 80 on 13 January.

"The Ministry of Foreign Affairs mourns [the death of] Foreign Minister Walid Muallem", SANA said in a Facebook post.

Muallem held a rather critical stance on the US' role in the Syrian civil war that broke out in 2011. In August 2012, in support of the Syrian government's position, Muallem said that the United States was "the major player against Syria" in this war and blamed Washington for supporting terrorism in the country in spite of its claims to be fighting it.

In his annual address to the United Nations General Assembly (UNGA) in 2019, Muallem said that "tens of thousands of foreign terrorist fighters have been brought to Syria from more than a hundred countries, with the support and cover of States that are known to all", apparently referring to the US and Turkey, whose military presence in northern Syria has been considered illegal by Damascus.

He had also warned that Western claims of alleged use of chemicals weapons by Damascus served as a pretext to repeat the Iraq war scenario in Syria.

As of today, the Syrian armed forces have restored control over the largest part of the country, though militants remain in control of parts of Idlib province in Syria's northwest.