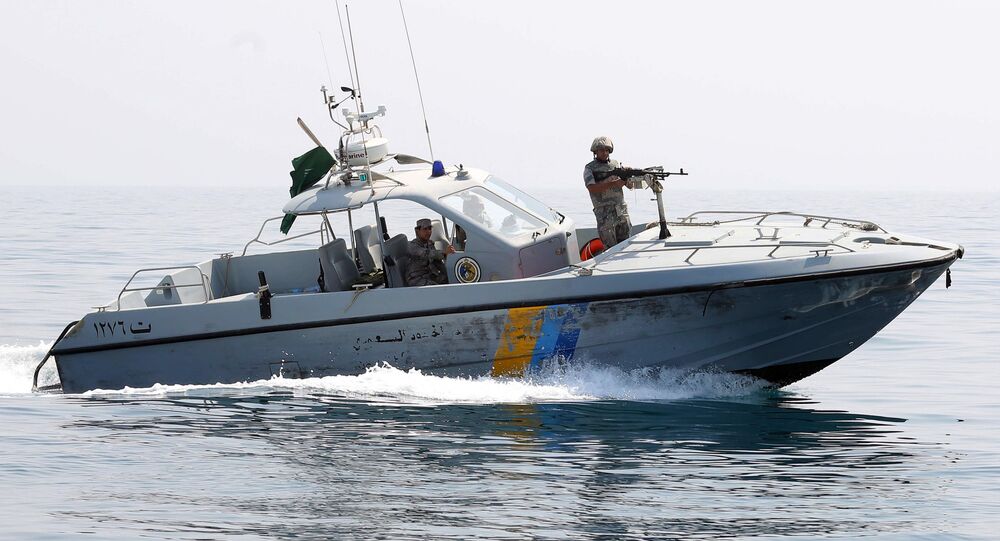 According to the authorities, who believe the boats belonged to Houthi militants, no one has suffered injuries as a result of the incident.

A fire broke out near a floating platform belonging to Saudi Arabia's oil facility in Jizan, after coalition forces destroyed two motorboats armed with explosives, Saudi Gazette reported citing a source in the Ministry of Energy.

The ministry has also condemned the incident as well as other Houthi attacks on vital facilities.

"The blaze is being extinguished near the floating platform of the oil facility in Jizan after the destruction of two remotely controlled motorboats laden with explosives, sent by the Houthis. No people have been killed or injured", a spokesperson for the ministry told Al Ekhbariya broadcaster.

Eary on Thursday, the Saudi-led coalition destroyed intercepted and destroyed a bomb-laden unmanned aerial vehicle (UAV) launched by the Yemeni Houthi movement, the coalition's spokesman, Turki al-Maliki, said. He did not report any casualties or material damage.

On Wednesday, a grenade attack was carried out in the western Saudi city of Jeddah, in which four people were injured. The attack occurred just when the diplomatic representatives of France, Greece, Italy, the United Kingdom, and the United States gathered at the Jeddah Cemetery to commemorate the end of World War I.

Yemen has been engulfed in an armed conflict between the government forces, led by President Abdrabbuh Mansour Hadi, and the Houthi rebels for several years. Since March 2015, the Saudi-led Arab alliance, working in cooperation with Hadi's forces, has been conducting air, land, and sea operations against the rebels, who control the capital of Sanaa and large areas in northern and western Yemen.