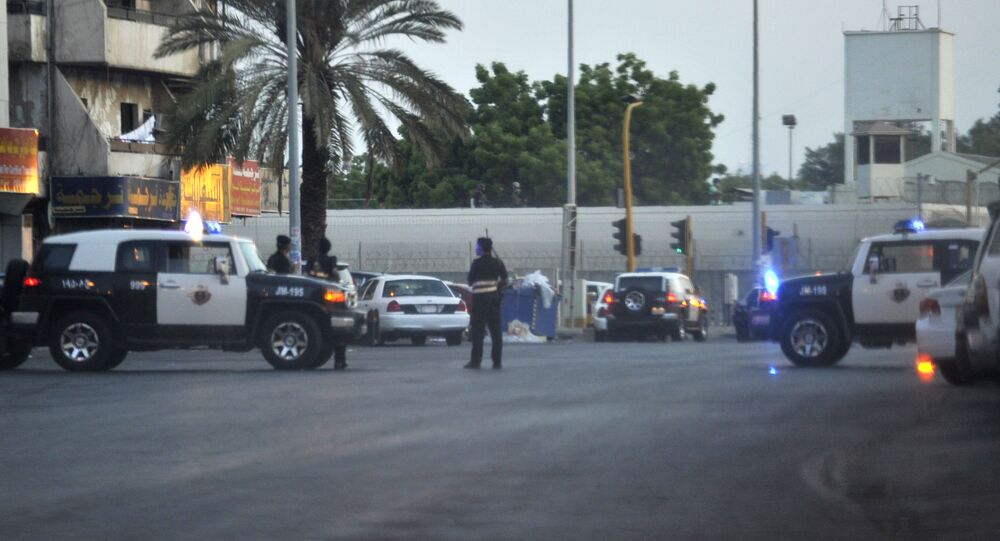 According to France's foreign ministry, a blast occurred during the ceremony at the non-Muslim cemetery in Jeddah commemorating the end of the First World War.

Several people were injured in an explosion at a Remembrance Day ceremony held in Saudia Arabia, according to a Greek government official.

"There was some sort of a blast at the non-Muslim cemetery in Jeddah. There are four slightly injured, among them one Greek," the official said.

Two people were lightly injured in an explosion at a non-Muslim cemetery in the Saudi city of Jedda on Wednesday, the authorities of the province of Mecca said.

"This morning, the security forces encountered a cowardly attack, when several foreign consuls were attending an event in Jeddah, as a result of which an employee of the Greek consulate and a member of the Saudi security forces were lightly injured," the authorities said.

​French senator Damien Regnard tweeted: 'All my support to our compatriots in Saudi Arabia and in Jeddah.'

The French consulate in Jeddah urged its nationals in Saudi Arabia to exercise "maximum vigilance" amid a blast at a cemetery.

"In particular, exercise discretion, and stay away from all gatherings and be cautious when moving around," the statement said.

​Greek and French officials were at the ceremony and there are unverified reports that British consular staff were also at the cemetery.