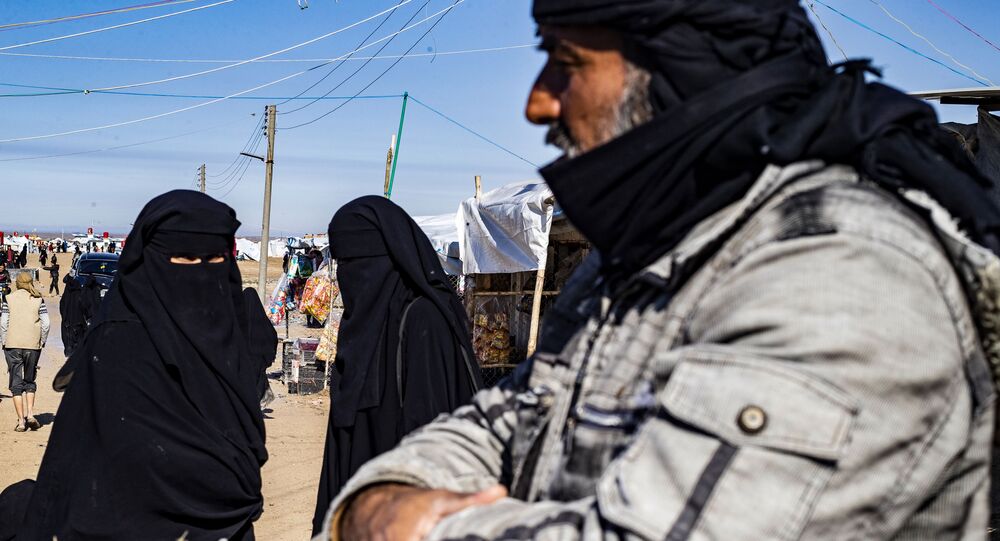 Russia has repeatedly called on the United States to disband hundreds of refugee camps on the territories outside Syrian government control, including the biggest ones such as al-Rukban and al-Hawl.

US instructors are training around 30 Daesh* detainees from the Al-Hawl camp in Syria with the purpose of recruiting them to illegal armed formations, the head of the Russian-Syrian co-ordination centre for refugees return said on Wednesday.

The prisoners underwent a two-month course of special training under the guidance of US instructors, Mikhail Mizintsev said at the opening of the Damascus International Conference on the Return of Refugees.

"Those who benefit from this situation should understand the wisdom of the proverb: They that sow the wind shall reap the whirlwind", Mizintsev warned.

The Al-Hawl camp is located in the north of Syria controlled by the Arab-Kurdish Syrian Democratic Forces (SDF). According to various estimates, the camp is home to 65,000-70,000 refugees, mostly women and children from the families of Daesh* militants.

Syria and Russia have repeatedly expressed concerns over the plight of those living in the camp located in the area occupied by US-backed forces.