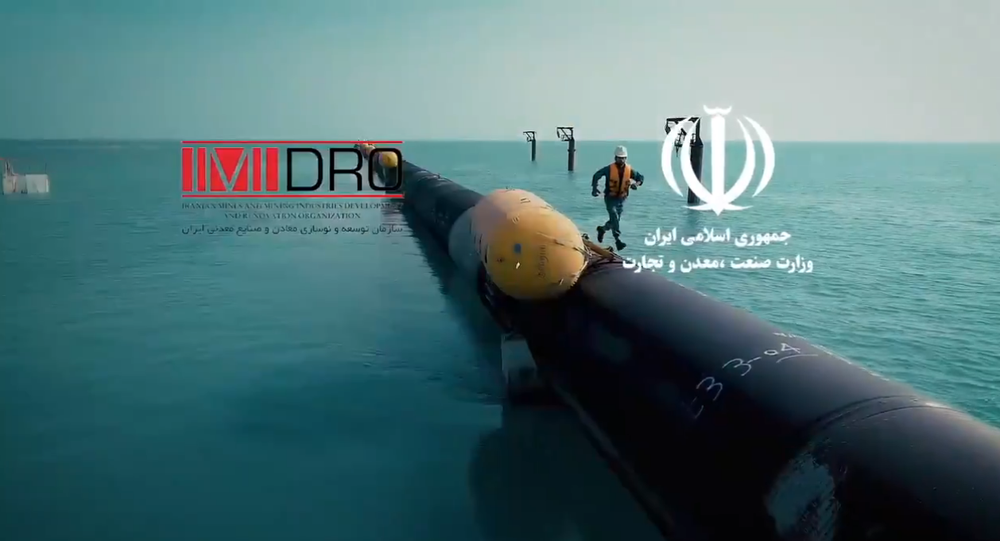 Earlier in the week, Iran’s president told members of his cabinet that the project was only the first phase of much broader plans to use new domestically created desalination technologies “on a large scale across the country”.

Iranian President Hassan Rouhani presided over a ceremony on Thursday to inaugurate the first phase of a major new desalination and water pipeline project capable of desalinating more than 200,000 cubic meters of water per day from the Strait of Hormuz and sending a significant part of it deep into Iran’s interior.

Running 305 km inland from the southern coastal province of Hormozgan to the arid provinces of Kerman in central Iran, the project is said to have been built by an army of 1,200 technicians, and planned and implemented by Iranian engineers using Iranian technologies.

In addition to the pipeline itself, the network’s construction required the building of dozens of tunnels, pumping stations and storage facilities.

Rouhani said the new infrastructure was previously “deemed unimaginable,” but was realised to bring both water and hope to central Iran, giving citizens, farmers and industry a sustainable supply of clean water.

The president stressed that the inauguration of the new piece of infrastructure was one of many such large-scale projects recently to have been brought into existence and showed that Tehran has not allowed foreign sanctions and other forms of pressure to bring the country to its knees.

“We have managed to take these big steps despite sanctions, despite the pressure and despite the fact that a terrorist government was in office in America,” Rouhani said.

According to PressTV, construction of the first phase of the project began in 2015 and cost the equivalent of more than $600 million. In addition to piping fresh water to the interior, about a third of the desalinated water would be bought for household consumption by two coastal cities. The next stage of the project will be to connect it to Yazd and other areas in central Iran.

Future plans include adding 500km of extra pipeline, making up a total of more than 800km, to take water to cities and strategic industrial facilities, including the copper smelting works in Sarcheshmeh, Kerman, and the Chadormalu mining complex in Yazd.

Speaking to members of the cabinet about the desalination and pipeline project on Wednesday, Rouhani said his government planned to “utilise the desalination technology on a large scale across the country,” noting that “areas which need water, be it for drinking or industrial use or other uses,” will be able to have their needs met. According to the president, the Ministry of Energy is carrying out feasibility studies across 17 provinces in Iran’s central plateau, as well as coastal areas in the Persian Gulf and the Sea of Oman.