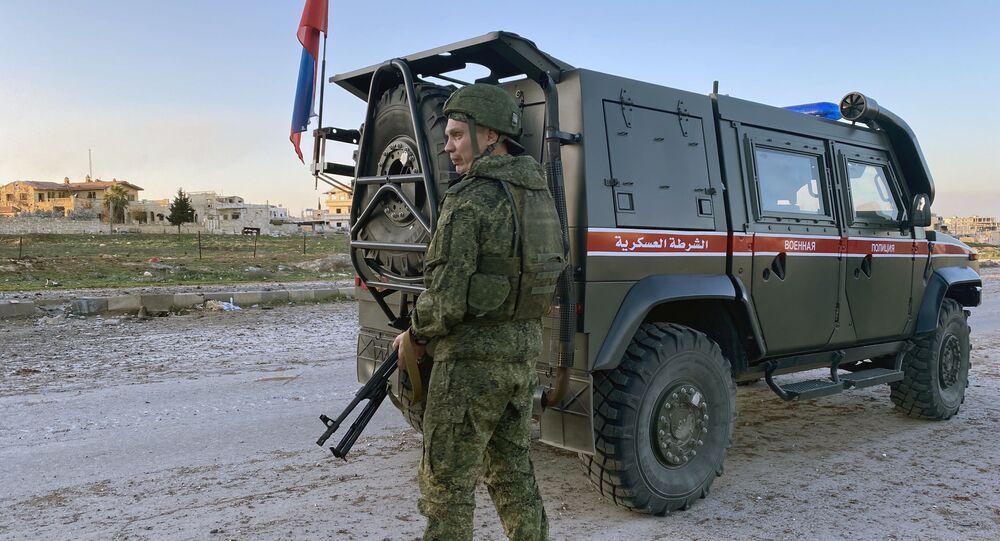 MOSCOW (Sputnik) - The Russian military in Syria learned about militants' plans to accuse Syrian government forces and Russian Aerospace Forces of striking settlements in the Idlib de-escalation zone, deputy head of the Russian Defence Ministry's Center for Syrian Reconciliation said at a daily briefing on Monday.

"The Russian Center for the Reconciliation of Warring Parties has received new information about the plans of terrorist groups to accuse the Syrian government forces and the Russian Aerospace Forces of delivering artillery and airstrikes on populated areas under the control of illegal armed groups in the Idlib de-escalation zone," Rear Adm. Alexander Grinkevich said.

Grinkevich said that the militants sought to launch a drone attack on civilian objects in the area of the ​​Nahleyeh settlement in Syria and then publish a video accusing both Damascus and Russia.

"The militants intend to post a video recording of the consequences of the staged strike on their propaganda Internet resources with accusations against the Syrian government forces and the Russian Aerospace Forces," Grinkevich said.

This is not the first time that the Russian military has revealed plans by Syrian militants to stage an attack intended to accuse Bashar al-Assad's government of using drones or chemical substances.

In October, the Russian Defence Ministry's Center for Syrian Reconciliation announced that on 11 October "in the area of ​​the village of Maarrat al-Ikhwan [13 kilometers north of the city of Idlib], a warehouse with ammunition and chlorine-containing substances, prepared by terrorists for chemical provocations, was blown up".