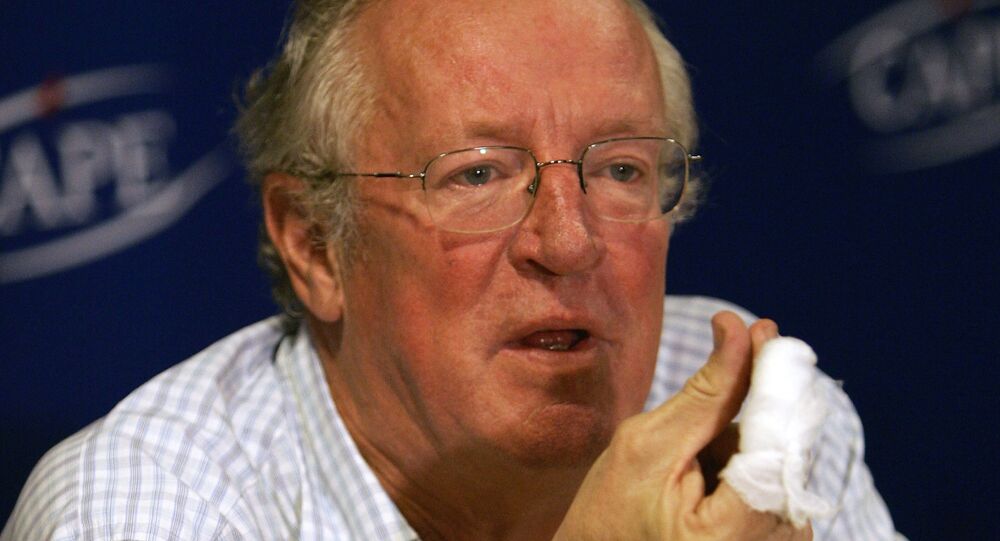 In 1990 Robert Fisk published Pity The Nation: Lebanon At War, one of the most detailed descriptions of the 1975–1990 conflict in that country. Critics claim his journalistic reputation was tarnished by his later reporting from Syria.

Politicians and journalists have been paying tribute on Twitter to Robert Fisk, the veteran Middle East correspondent, who has died of a stroke, aged 74.

Fisk was born in England but later took Irish citizenship.

Robert Fisk has died. I pay warmest tribute to one of the last great reporters. The weasel word 'controversial' appears in even his own paper, The Independent, whose pages he honoured. He went against the grain and told the truth, spectacularly. Journalism has lost the bravest.

​Irish President, Michael D. Higgins said: "I have learned with great sadness of the death of Robert Fisk. With his passing, the world of journalism and informed commentary on the Middle East has lost one of its finest commentators."

Higgins said: "Generations…relied on him for a critical and informed view of what was taking place in the conflict zones of the world and, even more important, the influences that were perhaps the source of the conflict."

So sad to hear of the death of Robert Fisk.

A huge loss of brilliant man with unparalleled knowledge of history, politics and people of Middle East.

​But among the tributes there was also harsh criticism of him on social media by some who claimed his reputation had been tarnished by his allegedly naive coverage of al-Qaeda - he interviewed Osama bin Laden twice - and of the Syrian conflict.

Journalist Neil Hauer tweeted: "Robert Fisk is dead. He was a good journalist once. Then he spent his last years lying about and mocking the victims of chemical gas attacks and smearing civilian aid workers as Al Qaeda. F*** him."

With Robert Fisk's passing we have lost a journalistic eye without which we shall be partially blind, a pen without which our capacity to express the truth is diminished, a soul without which our own empathy for victims of imperialism will be lacking https://t.co/3IXXyVmSSY

​Fisk, who moved to The Independent from The Times in 1979, lived in Beirut for many years and became the western world’s most trusted source regarding the Lebanese civil war and the Israeli invasion of 1982.

In the aftermath of the NATO invasion of Afghanistan in 2001 he travelled to the border between Pakistan and Afghanistan and was beaten up by Afghan refugees.

Just a small reminder how blind western journalists can be in their pursuit of “the story” #RobertFisk pic.twitter.com/SD8t9E8r4H

​He wrote: "I realised - there were all the Afghan men and boys who had attacked me who should never have done so but whose brutality was entirely the product of others, of us - of we who had armed their struggle against the Russians and ignored their pain and laughed at their civil war and then armed and paid them again for the 'War for Civilisation' just a few miles away and then bombed their homes and ripped up their families and called them 'collateral damage'."

"I tell you, if you saw what I saw you'd never support a war again. pic.twitter.com/TKrfbeyhWn

​The Independent’s managing editor Christian Broughton said: "Fearless, uncompromising, determined and utterly committed to uncovering the truth and reality at all costs, Robert Fisk was the greatest journalist of his generation."

Robert Fisk met a Syrian friend of mine who survived years of torture in Tadmor Prison. He asked for the phone number of a mukhabarat officer who helped my friend leave Syria. Fisk promised to return with a photographer to do a report on my friend's ordeal. He never did.

​Fisk frequently criticised Israeli and American policy in the Middle East and in 2003 he wrote a damning article about US Secretary of State Colin Powell’s speech to the UN in which he made the case for the invasion of Iraq, based on the infamous dossier of evidence of Weapons of Mass Destruction, which turned out to be false.

As well as Pity the Nation, Fisk also wrote The Great War for Civilisation: The Conquest of the Middle East, and completed at PhD at Trinity College in Dublin.

Memories of a heated discussion between me & Robert Fisk about Syria & Middle East. We disagreed on many issues & had opposit opinions.. but we kept talking. His legacy on his overall journalism work from Lebanon to Afghanistan to Iraq will never be forgotten. RIP #robertfisk pic.twitter.com/UiN5CauMtN