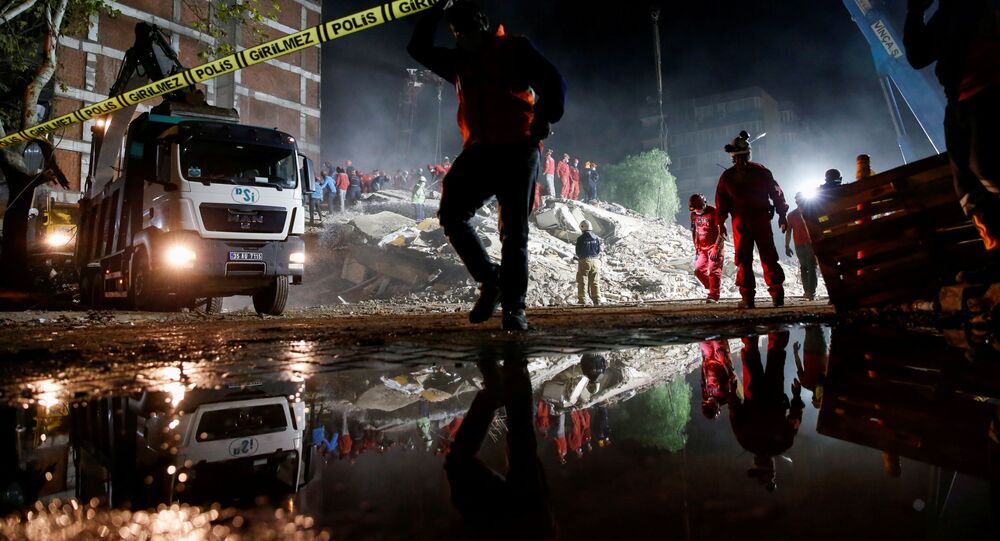 ANKARA (Sputnik) - The death toll from the devastating earthquake in Turkey's western Izmir province has gone up to 76, according to the country's Disaster and Emergency Management Authority (AFAD).

Earlier, it was reported that the death toll from the Friday 6.6-magnitude earthquake stood at 69, while the number of injured was at 949.

"According to the latest data, 76 of our citizens lost their lives. 743 of our 962 citizens who were injured were discharged and the treatment of 219 citizens continues", AFAD said in a statement.

AFAD added that the rescue operation continues in 8 buildings in Izmir.

According to Turkey's Environment and Urbanization Minister Murat Kurum, the earthquake completely destroyed or severely damaged over 40 buildings, while over a thousand buildings were partially damaged.

Turkey is located in a seismically active zone, where earthquakes may often bring casualties and serious damage. In January, another quake of 6.8 magnitude hit the Turkish province of Elazig, resulting in more than 40 people dead.