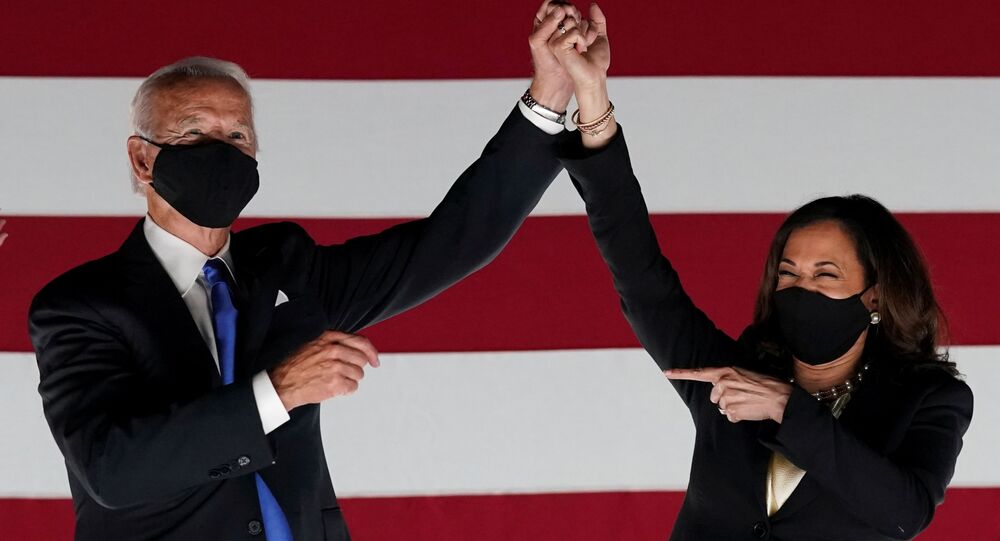 The Jewish state has nothing to worry about if Biden wins the White House, believes a vice chair of Democrats Abroad. Although he is known for his objection to expanding settlements and is likely to take a milder approach on Iran, his commitment to Israel's security is unshakable feels the expert.

With the US presidential election only a few days away and as the gap between the two candidates continues to grow wider, a recent Israeli poll has revealed that more than 60 percent of Israelis prefer to see President Donald Trump re-elected. Nearly 19 percent harboured similar views about his challenger, Joe Biden.

That support for Trump is understandable. During his four years in office, he's taken several pro-Israel actions that no American president before him had done.

In 2017, for example, he recognised Jerusalem as Israel's capital and in May of the following year, he moved the US Embassy from Tel Aviv to the disputed city, sparking the anger of the Palestinians.

Somewhat later he cut the funds of the Palestinians, recognised the legality of the Jewish settlements in Judea and Samaria, confronted Tehran by abandoning the Iran nuclear deal, and played a pivotal role in the normalisation deals between the Jewish state and three Muslim nations.

Now, when the majority of polls predict doom and gloom for the president, indicating that his days in office are numbered, many Israelis worry that the processes started by Trump will eventually be halted.

No Reason for Panic

But Elana Sztokman, vice chair of media and public relations of Democrats Abroad Israel, says the Jewish state has nothing to worry about and that the normalisation processes started by Trump will continue under Biden.

Although Biden is known for being against Israel expanding its activity in the West Bank and has vowed to restore the money cut by the Trump administration to the Palestinians, his views seem to be largely supportive of the Jewish state.

In May, he stated he would not move the US Embassy back to Tel Aviv if elected and later pledged to continue his nation's tight military cooperation with Israel, providing the Jewish state with billions of dollars in assistance.

"He is committed to Israel's security but at the same time he is also supportive of the two-state solution and would like to achieve a long-lasting peace between the Jewish state and the Palestinians", said Sztokman.

That, however, will be a tough nut to crack. The last round of direct talks between the two sides took place in 2013, but back then the US, who mediated in those negotiations, failed to achieve a breakthrough.

Since then Israel has continued with its expansionist activity in the disputed West Bank, while the Palestinians have stuck to their strategy of inciting the masses against the Jewish state, frustrating many in the liberal circles of Europe and the US, including Biden himself.

The cutting of funds and Trump's seemingly one-sided policies have only made the situation worse, with the Palestinians losing their trust in the US as an objective mediator.

If elected, Biden will need to address these issues and regain the faith of the Palestinians, and Sztokman is certain that he will be up for the challenge.

"He is going to be great for Israel and the region. He is smart and understands the importance of stability and security and will be able to solve a number of pressing issues".

However, those pressing issues do not stop at the Israeli-Palestinian conflict and Biden will also need to face Iran, if he ends up winning the race on 3 November.

In 2018, when President Trump abandoned the Iran nuclear deal aimed at reducing Tehran's nuclear facilities in exchange for the lifting of sanctions on the Islamic Republic, Biden was critical of the decision.

For him, leaving the agreement was wrong, just as it was immoral to keep imposing sanctions on the Islamic Republic, which has been struggling to cope with health and economic crises caused by the spread of COVID-19.

Biden, who acknowledges "the challenges the regime in Iran poses to America's security interests", says he will take a different approach to the issue, finding "a smart way to be tough on Iran".

Just as with the Israeli-Palestinian conflict, here too Sztokman is certain that the Democratic candidate will do what's best for America, Israel, the region, and the world.

"Biden will do the right thing with Iran. Trump's decision to step out [from the deal] in the middle of everything without listening to advisers was wrong. It was spontaneous and impulsive and it reflects the current president's incoherent foreign policy".

Sztokman doesn't mince words when she talks about Trump and the decisions he's made during his tenure. Calling his policy "incoherent" and "full of tweets", she also refers to him as a "clown" and a "narcissist in debt", who cannot address the issues that bother ordinary Americans.

Hit hard by the raging COVID-19 epidemic, which so far has claimed the lives of more than 220,000 Americans, the country is also facing a number of economic difficulties primarily due to the pandemic having left many in the US jobless and pushing others below the poverty line.

Racial discrimination coupled with high crime rates and even Supreme Court appointments have also topped the agenda of the 2020 presidential race. Many Americans have already cast their ballots in what's been deemed as one of the most important elections in recent years.

"America's standing around the world has become a laughing stock. Nobody takes Trump seriously and this is why we see so many people going to vote right now", said Sztokman referring to data indicating that early voter turnout in the current elections is higher than in 2016.

© REUTERS / Ammar Awad
Women wave American and Israeli flags from a car window as they join a convoy to the U.S. Embassy in Jerusalem to show support for U.S. President Donald Trump, ahead of the upcoming U.S. election, in Jerusalem October 27, 2020.

"The young generation is voting now, they are those who object to Trump's environmental and discrimination policies. Senior citizens are voting because they realised he didn't protect them from the pandemic. I believe in polls that predict Biden's victory and I have a full faith that he will bring the stability that people are longing for".