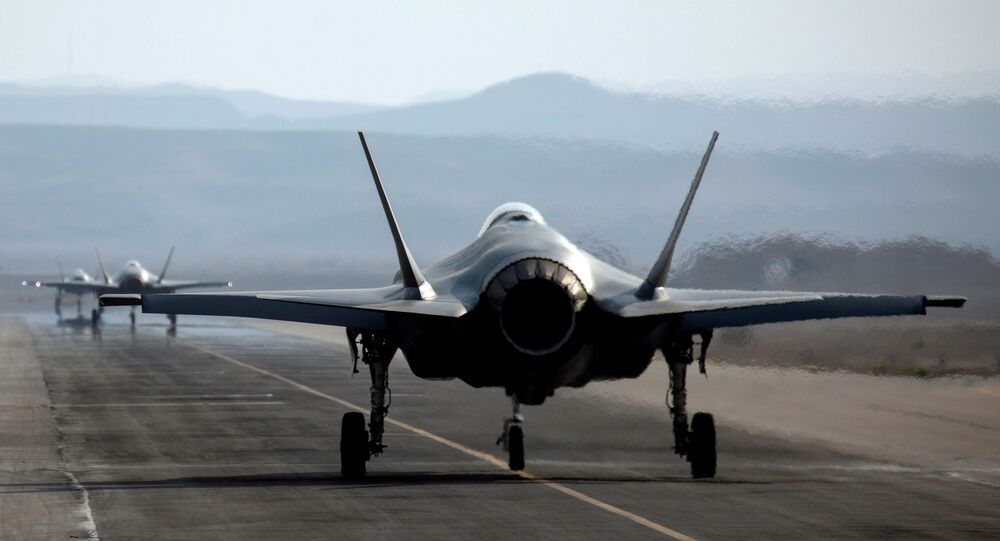 WASHINGTON (Sputnik) - The Trump administration has notified Congress of its intent to sell F-35 fighter jets to the United Arab Emirates (UAE), said Congressman Eliot Engel, who chairs the US House Committee on Foreign Affairs.

"This technology would significantly change the military balance in the Gulf and affect Israel’s military edge," Engel said. "The F-35 Joint Strike Fighter is a game-changing stealth platform boasting advanced strike capability and unique sensor technology. The export of this aircraft requires very careful consideration and Congress must analyze all of the ramifications".

Engel also said the Trump administration’s plan was presented to the Foreign Affairs Committee earlier on Thursday with an informal notification.

The congressmen emphasised that it is not in anyone’s interest to hurry with the F-35 jets sale, adding that several factors must be considered, including the necessity to maintain Israel’s qualitative military edge.

"Israel currently has exclusive access in the region to the F-35, which has guaranteed its military edge over the last several years", Engel said. "As Congress reviews this sale, it must be clear that changes to the status quo will not put Israel’s military advantage at risk".

Engel also said advanced technologies like the F-35 jet must be protected from the United States’ global adversaries like Russia and China in the region.

"Lastly, the transfer of these weapons to one Arab state inevitably will generate demands from others in the region. Will the price for normalization with Israel be an infusion of advanced weapons? Is this wise?" Engel said.

© Photo : YouTube/Gung Ho Vids
Israel Tacitly Approves of US Selling F-35 Stealth Aircraft to UAE
Earlier in October, Prime Minister Benjamin Netanyahu and Defense Minister Benny Gantz announced in a statement that Israel has withdrawn its objections against the planned United States' sale of F-35 jets to UAE after Jerusalem secured guarantees that its qualitative military edge in the Middle East will be maintained.

Netanyahu and Gantz noted that Israel has been informed by the Trump administration of its plans to notify Congress of its intention to provide certain weapon systems to the UAE.