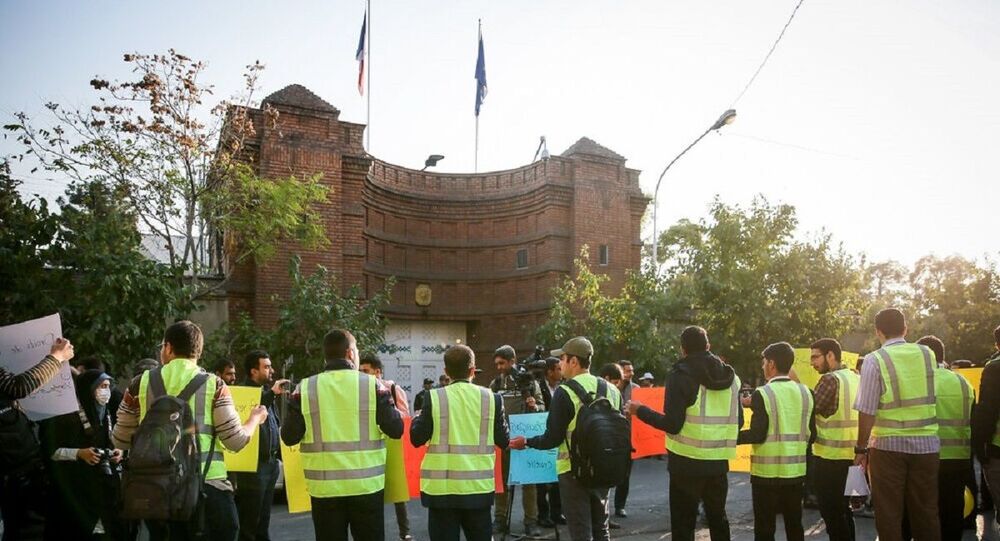 French President Emmanuel Macron has faced much criticism from the Islamic world after his speech at a commemoration ceremony for a French history teacher who was beheaded by a radicalised teen after he had shown caricatures depicting prophet Muhammad to his students. Macron called for people to “free Islam in France from the foreign influence”.

Iranians have gathered outside the French Embassy in the capital, Tehran, on Wednesday, 28 October to protest against what they perceive as anti-Islamic sentiment in France after President Emmanuel Macron said the religion was "in crisis".

On 21 October, Macron delivered a speech during a commemoration ceremony for Samuel Paty, a French history teacher who was murdered by a radicalised teenager after Paty displayed cartoons in class depicting the Islamic prophet Muhammad, as Muslims consider any picture of Muhammad to be blasphemous.

The French head of state described Islam as "a religion that is in crisis all over the world today" and promised new legislation that would create "enlightened Islam" in the country. Since then, he has drawn much condemnation from Muslim-majority countries, including Turkey, Pakistan, and Iran, with Iranian Foreign Minister Mohammad Javad Zarif accusing Macron of fuelling "extremism".