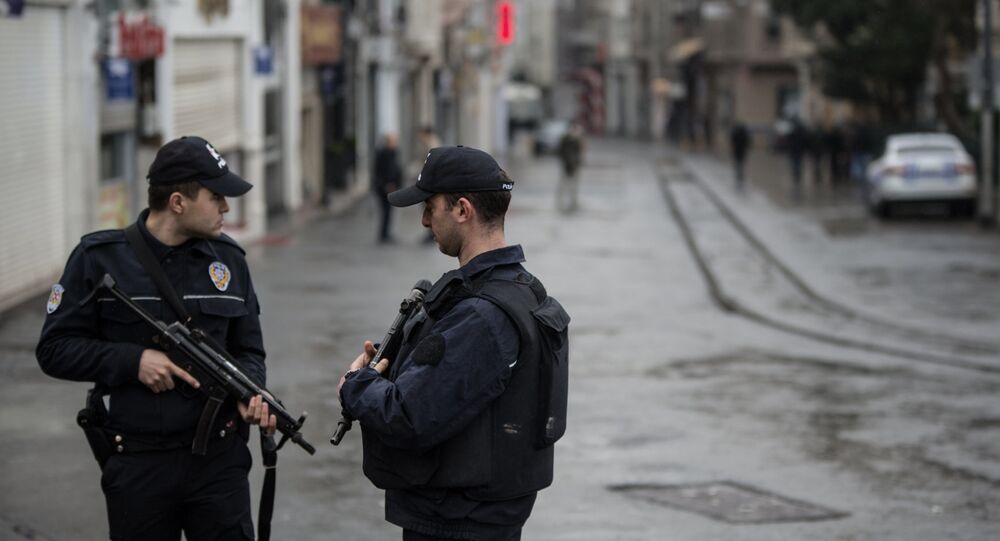 An explosion occurred during the arrest of a terrorist in the city of Iskenderun, the Turkish province of Hatay, governor Rahmi Dogan said on Monday.

"During the pursuit of two terrorists ... an explosion occurred in Iskenderun. No one was killed. One of the terrorists has been neutralised, the operation continues", Dogan said in a statement.

Two terrorists were neutralised in Iskenderun as a result of the security operation, Turkish Interior Minister Suleyman Soylu announced later.

The video from the scene shows the moment of the blast and the panic afterwards. Iskenderun District Police Deputy Director was reportedly injured slightly during the incident.

An alleged video of the aftermath has also been shared by a user on social media.

A suicide bomber blew himself up in the city of Iskenderun, in the southern state of Hatay, Turkey

Not far from where I am when in Turkey.

(don't worry I did not include gore, this is just the after math of damage in the street) pic.twitter.com/n8kkOXbU1u

Turkish President Recep Tayyip Erdogan took to Twitter to congratulate security forces on the successful counter operation and vowed to continue the fight against terrorists "both within and beyond our borders".

According to Anadolu Agency, ambulances and police squads were sent to the site of the explosion on Monday evening.

Earlier in the day, media reported that the Ankara police department carried out an operation during which 18 foreign citizens linked to Daesh* were detained. Anadolu reported that the warrant had been issued for the detention of 20 people, including 18 Iraqi and two Syrian citizens.