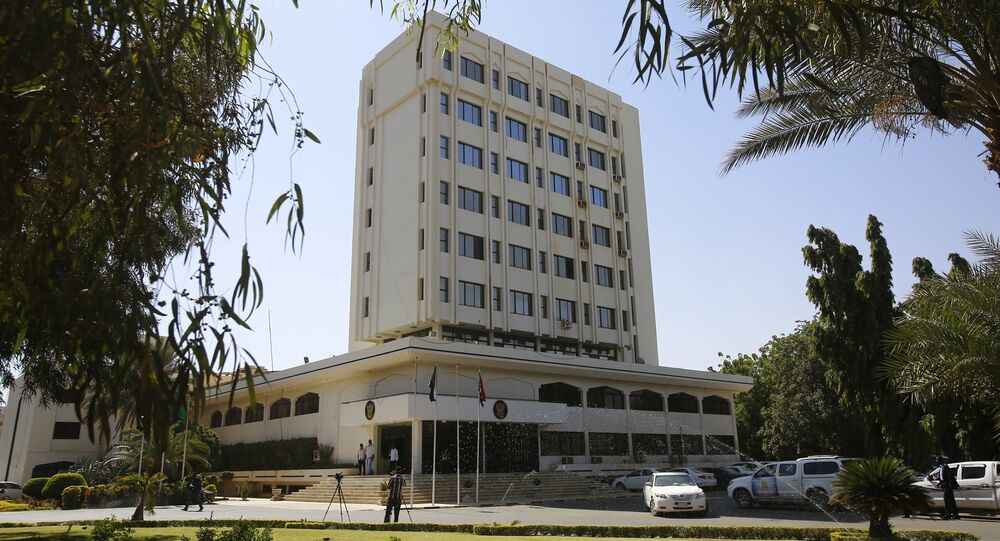 Israel and Sudan on Friday agreed to normalise their bilateral ties in a deal brokered by the United States, making Sudan the third Arab state to usher in full-fledged diplomatic relations with the Jewish state in the past two months.

Iran's Foreign Ministry has portrayed a US-brokered Sudan-Israel deal to normalise ties as "phoney", accusing Khartoum of paying "a ransom" in exchange for Washington taking the North African country off a list of state sponsors of terrorism, where it was added in 1993, soon after the rise to power of now ousted President Omar al-Bashir.

"Pay enough ransom, close your eyes to the crimes against Palestinians, then you'll be taken off the so-called 'terrorism' blacklist", the ministry tweeted in English, going on to fume:

"Obviously, the list is as phoney as the US fight against terrorism. Shameful".

The deal was sealed on Friday during a three-sided telephone call involving the Sudanese, Israeli, and American authorities. This marks the third Arab government after the United Arab Emirates and Bahrain to formally halt hostilities with Israel in the run-up to the US election.

US President Donald Trump on Monday announced he would take Sudan off the list of terrorism sponsors once it had deposited the $335 million the country had earlier vowed to pay in compensation.

Khartoum then moved to place the money in a special escrow account specially set up for the victims of the al-Qaeda* attacks on the US embassies in Kenya and Tanzania in 1998.

Palestinian leaders have condemned recent Arab overtures to Israel as a blatant betrayal of their cause for statehood in the West Bank, ripping the Sudanese move as "a new stab in their back".

Meanwhile, both Israel and America, which has been acting as a mediator, have stated the deal is just a continuation of an apparent trend for peace agreements with the Jewish state, with Netanyahu for his part praising the "expansion of the peace circle". Donald Trump has expressed certainty that Iran will also join a "deal like this" in the foreseeable future.

In recent weeks the United Arab Emirates and Bahrain became the first Arab states in a quarter of a century to agree to formal relations with Israel, with the motions coming a short while before the US presidential election. In the earlier years, two other countries formally put aside hostilities with the Jewish state - Egypt and Jordan.

* Al-Qaeda is a terror group banned in Russia

Despite Historic Deal With Sudan, Israeli Tweeps Still Divided Over Pact and Attitude Towards PM

Trump Tells Congress He Will Remove Sudan From Terrorism Blacklist