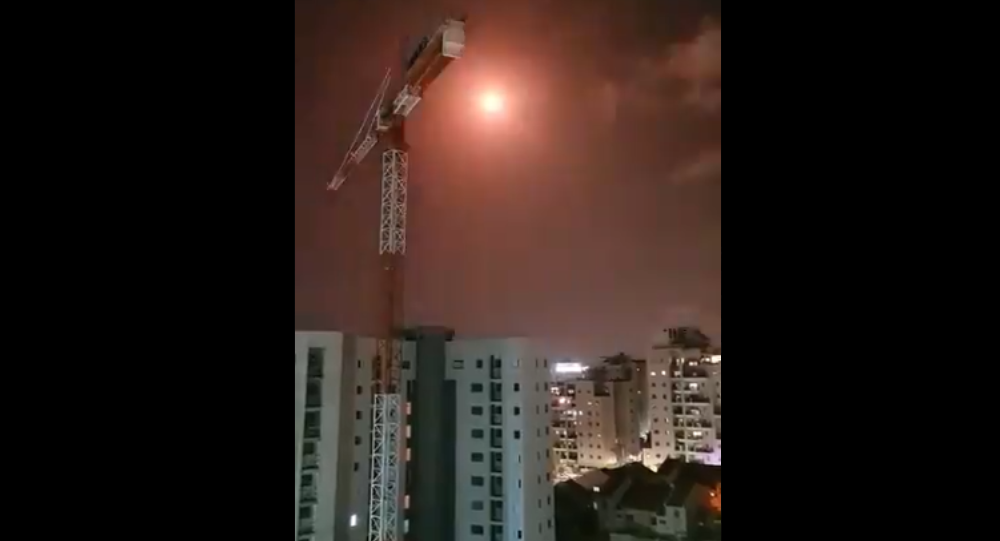 Alerts sounded in the southern Israeli city of Ashkelon and the Gaza Envelope Thursday night as the Iron Dome intercepted a one of two projectiles launched from the Gaza Strip, according to The Israel Defense Force (IDF).

Footage of the Iron Dome interceptions, seen from Gaza pic.twitter.com/JXGGEzDub4

"Two launches were identified from the Gaza Strip to Israeli territory," The IDF detailed in a translated tweet. However, only one rocket was intercepted by the Iron Dome.

The second projectile reportedly landed in an open field in the Ashkelon Regional Council.

Images from Gaza show the 2 launches towards Ashkelon pic.twitter.com/y7ZFOSC4Uq

Citing a Magen David Adom spokesperson, Israeli journalist Or Heller reported that no related casualty calls have been received by the national emergency medical service.

No property damage has been reported either.

The launches from the Gaza Strip come just two days after the IDF announced that it had uncovered a "terror tunnel" that had crossed "dozens of meters into Israel from Gaza."

BREAKING: We just exposed another terror tunnel crossing dozens of meters into Israel from Gaza.

This is a violation of Israeli sovereignty, an attempt to terrorize our civilians & an abuse of international humanitarian aid.

IDF spokesperson Brig.-Gen. Hadi Zilberman highlighted the "tunnel was still in the process of being built, so that at no point did it pose a danger to the surrounding towns. It will be neutralized in the next few days.”

“The IDF estimates that it was part of a relatively new operational outline, but has not yet determined who was responsible for it," he also clarified.