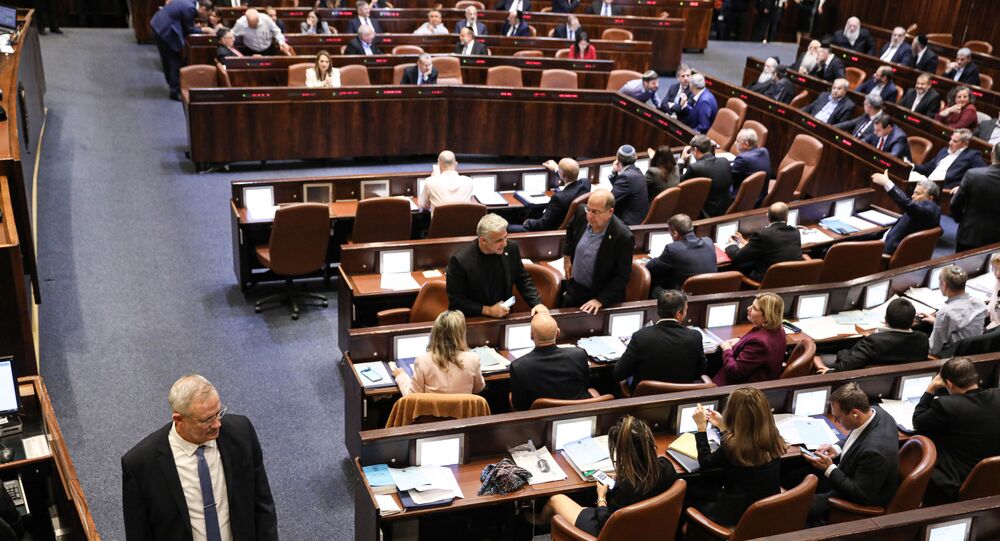 Gender Discrimination in Israeli Politics Still an Issue, Here's Why

Though there has been an improvement, Israel is still falling behind other OECD countries when it comes to gender equality in politics, says an Israeli expert. The reason is not only a set of traditional factors, but also the fact that a country whose politics revolves around security often struggles to accept those perceived as "the weaker sex".

Israel often prides itself for being a true democracy, the only one in the Middle East fighting for gender equality.

In many senses this is indeed true: women have been the backbone of Israeli society since the moment of its inception in 1948.

They serve in the IDF, including its elite units, they run big companies, manage some of the country's leading banks, stand at the helm of several municipalities, and fill key positions in Israel's government.

In fact, the nation's 35th government under Prime Minister Benjamin Netanyahu has seen a surge in women's representation in the Israeli parliament, the Knesset.

According to the Israel Democracy Institute, almost 24 percent of current Knesset members (120 people) are women, the highest percentage ever.

Women also fill important ministerial posts in the government. Right now there are eight female ministers in Israel's coalition, a record number compared to previous years which saw no more than four female ministers serving at any given time.

"This is a good sign and we can be encouraged by these numbers", said Dr Ofer Kenig, a research fellow at the Israel Democracy Institute (IDI), who specialises in Israeli politics. "In the 80s there were seven women in Israel's parliament. In the 90s there were still less than ten. So there is an improvement in this sense", he adds.

Yet, despite such encouraging statistics, Kenig claims the position of women in the country's political scene is not as strong as compared to the club of nations that make up the Organisation for Economic Co-operation and Development (OECD).

In 2019, a report by the organisation stated that OECD countries registered an average of 31 percent of female ministers. In Israel, however, that figure was only 19 percent.

"Israel is looking up to the OECD club. Although measures are being taken to get close to their standards, we are still not there. We are not that way behind but we are also not at the rock bottom. In fact, Israel is above such countries as the US, South Korea, or Japan though it is behind New Zealand and Denmark", says Kenig.

Up until very recently, however, the Israeli media portrayed quite a different picture.

Last year, The Jerusalem Post reported that Israel dropped 18 spots in the world ranking of gender parity, falling from 46th in 2018 to 64th. Only 153 countries were ranked.

Kenig explains the relatively low numbers by pinning the blame on the "patriarchal elements in Israeli society".

This is specifically true for the Arab sector which is still dominated by men and for the Orthodox Jewish community that bars women from politics.

Currently, Israel has two hardcore Ultra-Orthodox parties in the Knesset: Shas representing the Sephardic community and United Torah Judaism, a platform that gives a stage to Ashkenazi Jewry. Neither of them has any women in their ranks, and both have admitted in the past that they had no intention of putting them forward because women have "a different role", one away from political circles.

Throughout the years, Orthodox women have tried to change that equation, even appealing to the High Court to demand their rights. But despite the institution's intervention, nothing has really changed, and Orthodox parties continue to keep women away from politics.

"Another problem is the dominance of security in Israeli politics. Women are perceived as less equipped to deal with this issue and as such they have fewer chances to get into those political circles", explains Kenig.

Just like the "patriarchal" factor, the issue of security, which dominates every aspect of Israeli society, is not likely to vanish any time soon but Kenig and the organisation he represents believes steps can still be taken to improve the situation.

IDI has already approached political parties on a number of occasions in a bid to convince them to increase the gender quota. The organisation has also urged the state to provide parties and the country's various institutions with incentives and budgets that would encourage them to expand women's representation.

"Another thing that can be done is to increase the amount of parliamentarians inside the Knesset", Kenig says.

Right now, Israel has 120 parliamentarians in a country whose total population is slated to reach 10 million people within a few years.

"120 members of the Knesset is a very low number and we know that the bigger the parliament is, the higher the chances for women to enter it are".