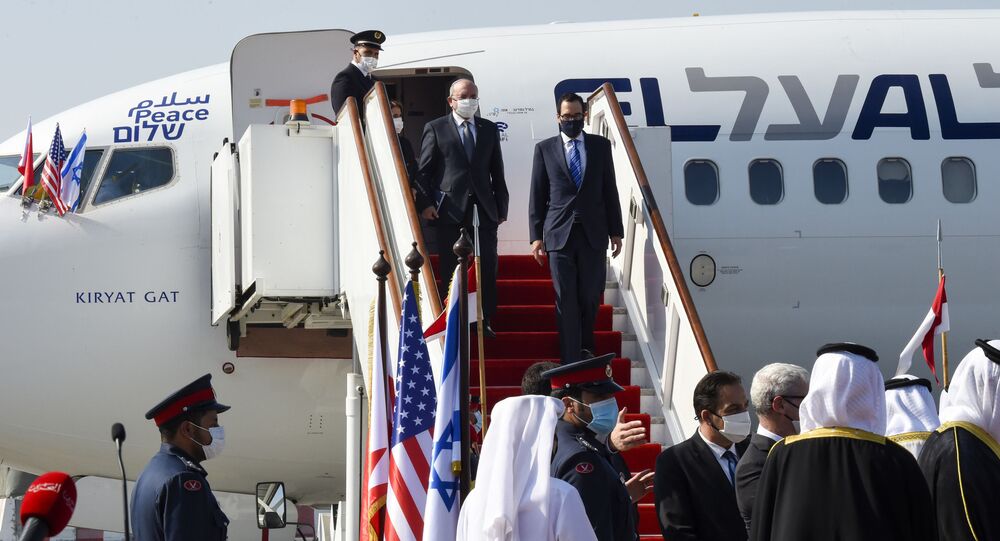 In September, the UAE and Bahrain officially reconciled with Israel by signing US-arranged peace agreements during a ceremony at the White House.

The sides have signed seven memorandums on mutual understanding and cooperation in different fields, according to the minister.

Barak Ravid, a correspondent at Walla News, has shared a video of the signing ceremony on Twitter.

On 15 September, the UAE and Bahrain officially signed US-mediated peace agreements with Israel during a ceremony at the White House. Israel believes that normalisation of diplomatic cooperation with Arab countries will benefit the entire Middle East region.

Bahrain and the UAE became only the third and fourth Arab nations to normalize relations with Israel, after Egypt in 1979 and Jordan in 1994.