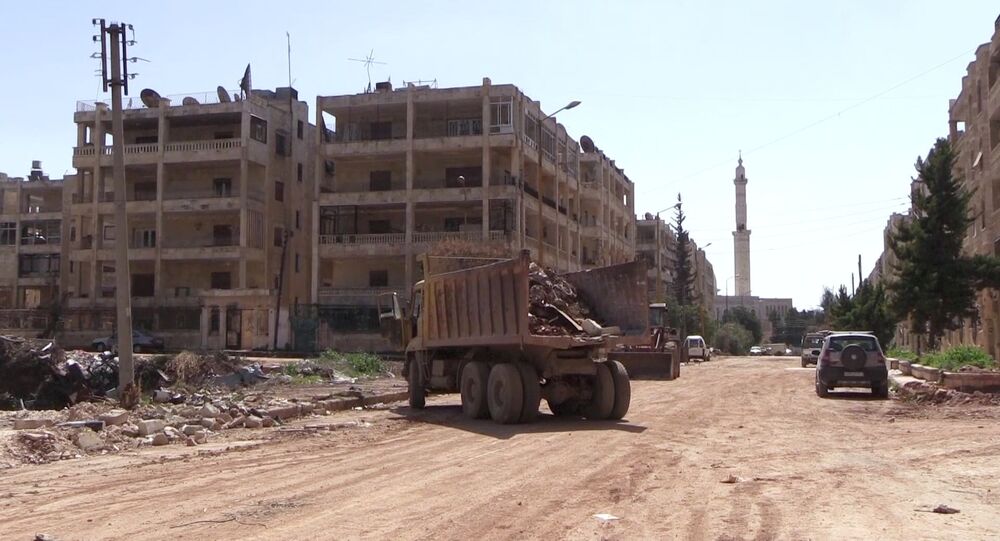 Russia Registers 5 Ceasefire Violations in Syria Over Past 24 Hours

The center has carried one humanitarian operation over the past day delivering 440 food kits to residents of Deir ez-Zor province, according to the bulletin.

© AP Photo / Felipe Dana
UN Special Envoy Warns of Risk of Escalation in Syria Amid Fragile Ceasefire Arrangements
As part of Syria's effort to restore peaceful life on the back of almost a decade-long war, Russia assists Damascus in facilitating the return of Syrian refugees from neighboring countries and sites of displacement within the country.

"Over the past 24 hours, 440 refugees have returned to Syria from Lebanon via the Jaydet Yabus and Talkalakh checkpoints, including 132 women and 225 children," the center said.

Additionally, the Syrian army engineering units have cleared 2.1 more hectares (5.2 acres) of territory in the provinces of Damascus and Daraa and defused 23 explosive devices, as stated in the bulletin.