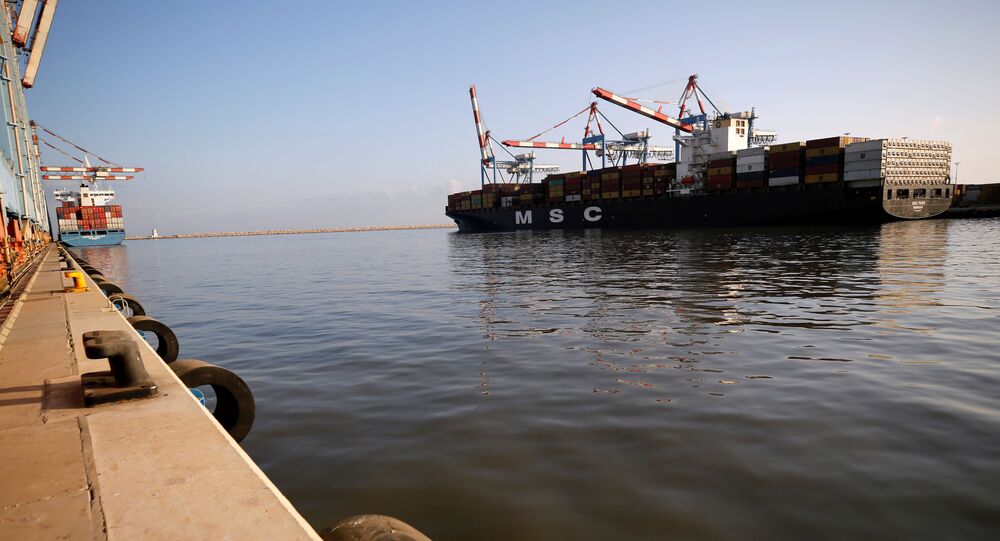 TEL AVIV (Sputnik) – A cargo vessel from the United Arab Emirates has docked in Israel's largest international seaport of Haifa for the first time since the signing of the landmark peace agreement between the two countries in mid-September, Israeli Prime Minister Benjamin Netanyahu said on Monday.

"A historic moment: for the first time, a cargo ship from the United Arab Emirates has entered the port of Haifa. A new trade route is opened between the UAE and Israel!," Netanyahu wrote on Twitter.

Cooperation between the two countries will bring "billions" to the Israelis, the prime minister added, noting that it is especially important during the period of the coronavirus pandemic to allow the state to help citizens and strengthen the economy, as Israel has been experiencing an economic crisis as a result of the pandemic.

© AFP 2020 / SAUL LOEB
Moscow Hopes UAE, Bahrain's Normalisation Deals With Israel Will Bring Stability to Mideast
Earlier on Monday, the Israeli government unanimously approved the US-brokered peace deal signed with the UAE at the White House on September 15. The document was handed over to the Knesset for consideration and approval.

Netanyahu also announced the upcoming visit of a high-level UAE delegation to Israel, as well as preparation for his forthcoming meeting with Crown Prince Mohammed bin Zayed Al Nahyan.