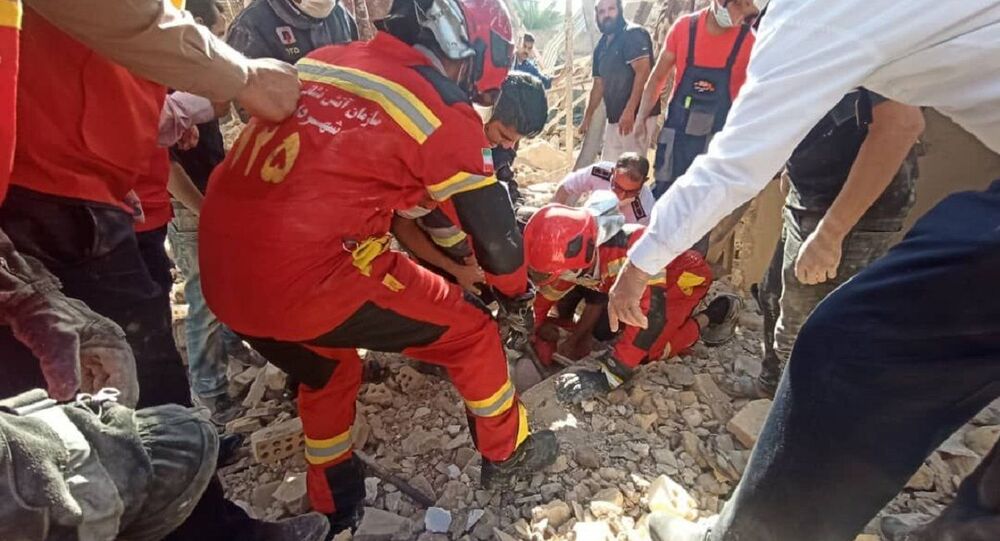 Iran was reportedly hit by an explosion on Sunday, according to national media. The blast is believed to have been caused by a gas leakage.

At least two people were killed in a gas explosion near a market in southwest Iran, state media IRIB reported; photos of the blast's aftermath are currently circulating online.

The market in thought to be located in Ahvaz, capital of Iran's Khuzestan province. Reports suggest that six more people have been injured as a result of explosion.

Tweet: 2 killed in gas explosion in Ameri bazaar in Ahvaz. In this explosion that took place today, 2 people have been killed so far and 6 others have been injured.

Later it was reported that an explosion had taken place inside a two-storey house near the Al-Amiri market.

The explosion is believed to also have caused damage to nearby shops and constructions.

Photos and videos from the site show how fire workers and rescue teams are searching for survivors under the rubble of the building. The search for those trapped is still ongoing, authorities say.

Tweet: Dead and wounded in an explosion caused by a gas leak in a market in Medina Southwest Iran.

The head of the Ahvaz Municipality Fire and Safety Services Organisation later said that the body of a third person killed in the blast was later discovered under the rubble, IRNA reports.

Ahvaz, home to more than 1.3 million population, is the capital of the oil-rich Khuzestan province.

This summer, a blaze hit a power station in the city, leading to partial outages. Shortly before that, 19 people were killed in an explosion at a medical facility north of Tehran, which authorities said was caused by a gas leak. A similar incident had occurred on 26 June 2020, when an explosion, also caused by a gas leak from a storage facility, hit an area east of the Iranian capital near the Parchin military and weapons development base.