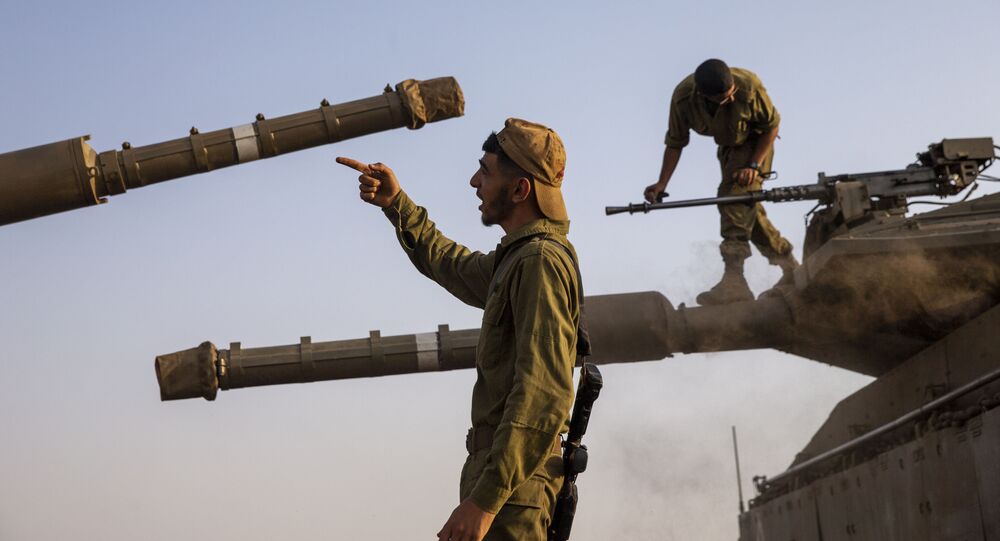 Israel occupied about 1,200 sq km of Syria’s Golan Heights in 1967 after launching a surprise air attack against Damascus’s Egyptian allies and sparking the Six Day War in June of that year. In 1981, Tel Aviv formally annexed the territory. The UN condemned that decision as “null and void and without international legal effect.”

The 120 member-strong Non-Aligned Movement (NAM) has issued a political declaration whose demands include Israel withdrawing from occupied Syrian territories in the Golan Heights.

In a statement published Friday after a virtual ministerial meeting, the NAM said its members “condemn all measures taken by Israel to change the legal, physical and demographic status of the Occupied Syrian Golan, and demand once again that Israel should abide by the United Nations Security council resolution 497 (1981), and to withdraw fully from the Occupied Syrian Golan to the borders of 4 June 1967, in the implementation of Security Council resolutions 242 (1967) and 338 (1973).”

In addition, the NAM reiterated that “a just, lasting solution to the question of Palestine in all its aspects must remain its priority and also a permanent responsibility of the United Nations until it is satisfactorily resolved in all aspects in accordance with international law and the relevant United Nations resolutions.”

The group of nations also reaffirmed the need to “respect the territorial integrity, sovereignty, the sovereign equality, political independence and inviolability of international borders of other states,” and to refrain from intervention in other countries’ internal affairs.

Established in 1961 at the height of the Cold War between the Soviet Union and the United States, the NAM was seen as an alternative to the idea of a bipolar world order of two competing military blocs. Today, the NAM consists of 120 member nations, with most countries in the Middle East and Africa, plus much of Latin America and Asia and several post-Soviet republics among its members. China, Mexico, Brazil and more than a dozen other countries serve as observers.

Earlier this summer, on the occasion of President Trump’s birthday, Israeli Prime Minister Benjamin Netanyahu announced “practical steps” to create a so-called "Trump Heights" settlement in the area to honour the President’s recognition of Israeli control over the territory. The Israeli government plans to allocate some $2.3 million for construction of the settlement.

Israel occupied the Golan Heights in June 1967 after launching a preemptive air strike against Egyptian airfields and thereby starting the Six Day War against a coalition of Arab states including Egypt, Syria and Jordan. In 1981, Tel Aviv formally annexed the territory, but the decision was not recognised by the Security Council, including the US, despite its alliance with Israel. In December 1981, the Security Council unanimously declared that Israel’s move was "null and void". Behind the scenes, however, the Reagan administration did not press Israel to rescind its decision, and in January 1982 Washington and its allies vetoed a second resolution calling on the international community to take action to put pressure Israel.

© AP Photo / Oded Balilty
Syria Has Right to Return Israeli-Occupied Golan Heights by Any Means - Official
Damascus has repeatedly stressed that it would never give up its sovereignty over the Golan Heights, and has warned that it has the right under international law to regain its territories using any means necessary.

Along with the Golan Heights, Israel continues to occupy a 22 sq km strip of Lebanese territory known as Shebaa Farms, as well as the internationally recognised Palestinian territories of the West Bank, East Jerusalem and the Gaza Strip.