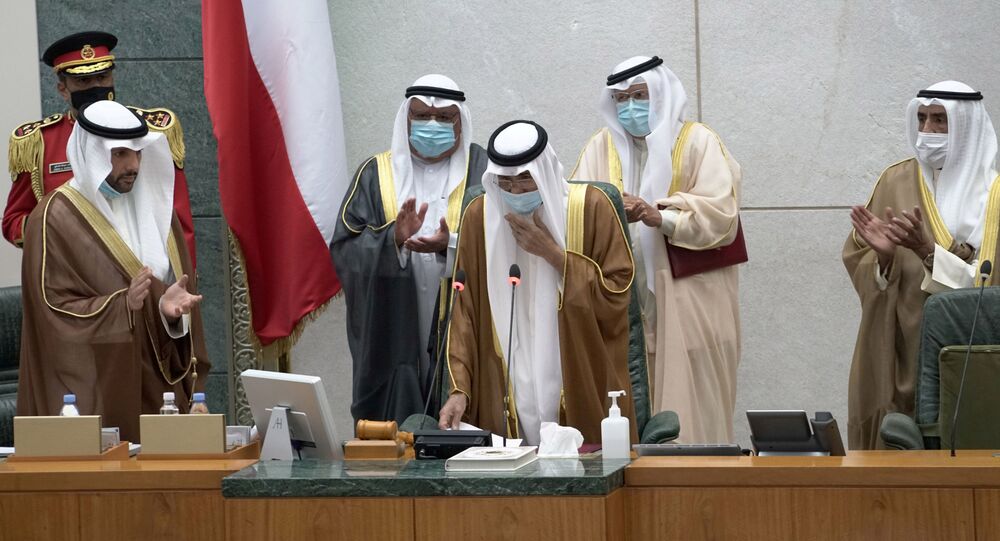 "The Al Sabah ruling family has blessed the recommendation of His Highness the Emir Sheikh Nawaf Al-Ahmad Al-Jaber Al-Sabah to appoint Sheikh Meshal Al-Ahmad Al-Sabah as the Crown Prince," the minister said, as cited by the state-run KUNA news agency.

The decree will be sent to Kuwait’s parliament — the National Assembly — during the day to pledge allegiance to the heir to the throne on Thursday.

On Tuesday, KUNA reported that Kuwait's government, chaired by Prime Minister Sabah Al Khalid Al Sabah, had submitted its resignation to the country's ruler ahead of the general election campaign, which is expected to be held in late November. However, later in the day, the emir issued an order to dissolve parliament on October 8.

© CC BY 2.0 / Maryam / Kuwait City
Normalisation Voices Unlikely to Change Kuwait's Stance on Israel, Even After Emir's Death, Analyst Says
The speaker of the National Assembly, Marzouq al Ghanim, in turn, said live on Kuwait state TV that if the emir decided on the crown prince's candidacy on Wednesday, parliament should be ready to vote on the matter the following day.

Under Kuwait's legislature, the ruler can submit for consideration by the National Assembly the name of the successor within a year, and if parliament rejects a candidate, the emir should offer three more names of potential heirs to the throne.

Al Sabah was sworn in as the new Kuwaiti ruler on 30 September after the death of Emir Sabah IV, who had led the country since 2006.